The quest is about an archaeologist who believes that there’s an underground entrance that leads to ancient ruins, which are located west of the Ice Mountains. However, the entrance is sealed and she needs the help of her old crewmates to breakthrough. Sadly, she can’t leave the entrance area as someone else might place their claim on it.

You need to help get her group back – Burntof the demolition expert, Checkal the heavy weight lifter, and Marley the traps disarmer. However, the crew isn’t comfortable working with each other again, so you need to convince them.

You’ll need 16 Quest Points, 3 OSRS Gold or a Beer, a Knife, a Pickaxe, and 10 Mining, Cooked Meat, and Bread. Besides that, it’s recommended that you have a Combat Bracelet, Falador Teleports, Weight Reducing Clothes, Weapon, Amulet of Glory, Varrock Teleports, Skull Scepter, Energy or Stamina Potions, and Defensive Equipment. You also have to defeat a level 25 Ancient Guardian, which is optional. 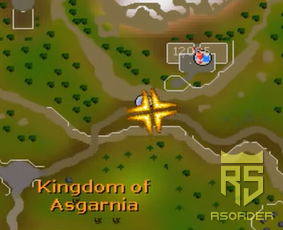 To begin the quest, you need to speak to Willow, who is located south of the Dwarven Mine (near the entrance of the Ice Mountain). She needs your help to bring the crew back together, so agree to help her to start the quest, below ice mountain osrs.

Now, a cutscene will trigger and you’ll unlock the Flex emote. Grab a beer and piece of meat from one of the tables if you don’t have them in your inventory, and then head back to Checkal. Speak to him, use the Flex emote, and he’ll agree to help you. 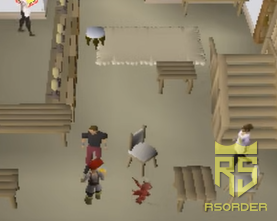 Next, go to the Rising Sun Inn located in Falador City and speak to the drunk dwarf called Burntof. He’ll ask you for a beer, so give him the one in your inventory or purchase one from the bartender. He’ll agree to join the excursion if you beat him in a game of rock, paper, scissors. Use any sign you want as there’s no strategy to it. Once that’s done, he’ll agree to help you. 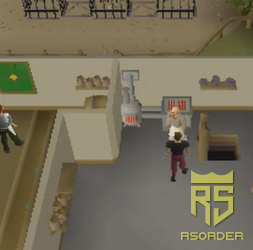 Finally, go to the ruins that are south of the Edgeville Bank to locate Marley. He will ask you for a Steak Sandwich from the Blue Moon Inn, which is in the south-central area of Varrock city. Go there and speak to the cook in the eastern room. He’ll refuse to make one, but he’ll teach you the technique. You need to use a knife on some cooked meat while having bread in your inventory. Once you’ve made the sandwich, go back to Marley, and give it to him. He’ll now agree to join. 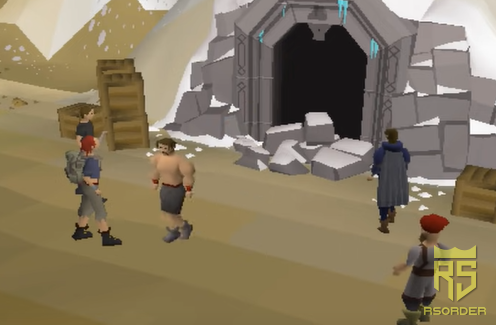 With the crew members assembled, go back to the entrance of the Ice Mountain and speak to Willow. Now each of the crew members will begin their own operations to move the debris, blow up the rocks, and disable the traps.

In the end, you come to know that they’re actually grave robbers and not a crew of archeologists. During the ongoing conversation, Burntof accidentally sets off a trap and awakens the Ancient Guardian. While the rest of them flee away, you need to defeat the guardian on your own, which is fairly easy. 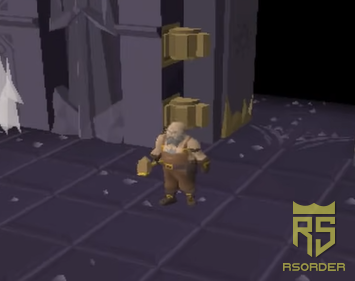 After you’ve killed the guardian, the door that leads deeper into the mountains will open and a dwarf named Ramano. At the end of the scene, the quest will be completed.

RSorder is really a good site where you can buy Runescape products with confidence, trustworthiness and has a good reputation throughout the market. While providing gold coins services, it also provides various OSRS quests services. Come to us if you need it, we will provide you with five-star service!