The Ogre named Rantz requires help for feeding his kids; Fycie and Bugs. He wants to go Big Chompy Bird Hunting because that’s what they’re demanding to eat. However, the problem is that he cannot make Ogre Arrows because of his fingers and thumbs. So, do you think you can help him out? It’s quite simple, you just have to follow the instructions below. 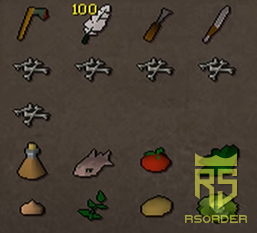 ● An Axe (Any Type, apart from Blessed)

● Wolf Bones x4 (You can obtain them during the quest)

● A Potato, Cabbage, Tomato, and an Onion (You can obtain them during the quest)

● Equa Leaves (You can obtain them during the quest)

● Doogle Leaves (You can obtain them during the quest)

To start this OSRS quest, you must first speak to Rantz, who is located southeast of Gu’Tanoth. You can get there easily using a Gnome Glider (But only if you’ve finished the quest ‘One Small Favour’), obtaining a Feldip Hills Teleport from other players, using the Nightmare Zone Minigame Group Finder, or the Fairy Ring (Code a*k*s). Speak to him to know that he and his kids are hungry and are looking for someone who can help him make arrows for his Large Bow so that he can continue his hunt for Chompy Birds. 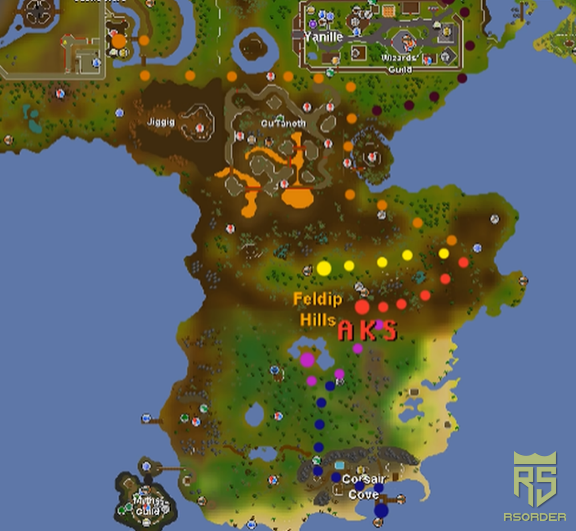 Arrow Tips: Head towards the southwest from where you stand and kill a few wolves there for their bones. Use a chisel on those bones to create arrow tips.

Arrow Shafts: Nearby you’ll also find Achey Trees, so chop them own to obtain some logs (around 5 would be good). Use your knife on the logs to create some shafts.

Arrows: First you have to use feathers on the shafts to make Flighted Ore Arrows, and then use the resulted item with the Wolf Bone Arrow Tips to successfully make Ogre Arrows.

Now, return to Rantz and give him the arrows that you’ve made. He’ll tell you that his children like to play with Swamp Toads, and make sure that you ask all the questions that are listed during the conversation, or else you won’t be able to open a chest later in the next part. Once the conversation ends, enter the cave north of where you’re standing and speak to the children residing inside. They’ll tell you that Rantz has locked their Ogre Bellows inside a chest and it has been shut with a large rock weighted on top. When you attempt to unlock the chest, your Strength will reduce by 1, if you’re unsuccessful. Search the chest once you’ve opened it to retrieve the bellows. 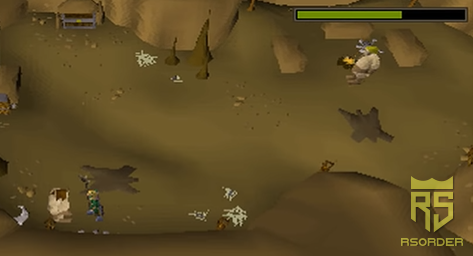 Go south-west from where Rantz is located (the place where you found the wolves). You’ll find a swamp surrounding the area there, so use the bellows on the swamp bubbles to fill it up with gas and use it on a nearby to obtain Bloated Toad. Do this until you receive three toads and return to Rantz.

Speak to him and he’ll tell you where you have to place the toads to lure the bird in. Drop a toad on the location he shows you, and walk closer to Rantz so that you’re away from the bait. If the lure is successful a Chompy Bird will appear. However, there are times that it doesn’t, and the unsuccessful attempt causes the bait to disappear. So, you’ll have to place it again.

When Rantz tries to take a shot at the bird, he’ll complain that the arrows aren’t flying straight. Offer to help him by shooting the bird yourself, and once he agrees and gives you his bow, head down to spot and place another toad. Equip the bow and arrows and once the bird appears, range it to death. Pluck the carcass and take the raw meat over to Rantz so that he can give you your next task.

Now, for the final part, Rantz will ask you to cook the bird. However, special ingredients are required to do season it according to the children’s liking. Head back to the cave and ask each one of the kids what they want the Chompy meat to be seasoned with. The ingredients will differ depending on the player, but you can follow the list below to know where to find the desired item. 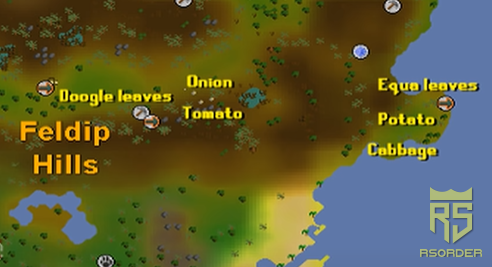 - Tomato: Top of a stool, located near the Ogres (West-southwest of Rantz).

- Potato: You’ll have to pick it from a potato plant, located southeast of Rantz.

- Onion: Southwest of Rantz, there’s a fire nearby the area where you found a tomato. The onions grow close to the area.

- Doogle Leaves: On the path that takes you to the Gnome Glider, located west of Rantz.

Once you have the items, go to the spit north of Rantz and use the bird on it, while having the ingredients in your inventory. Once the bird is cooked and seasoned, present it to Rantz to complete the quest and receive your reward. Congrats! RSorder always instock osrs gold for sale with cheap price!