The city of Ardougne is always looking for new specimens for its zoo, and lately, they’ve been quite interested in the ferret from the north, which has proven to be elusive. Normally, the zoo’s freelancing hunters are given the task to bring in new specimens, but one of the zoos most capable hunters had set out to the far western areas, and no one has heard from him ever since. Now, you have to help the zoo track down the freelance hunter, so are you sure you’re up to the task?

● 25 Agility for a shortcut 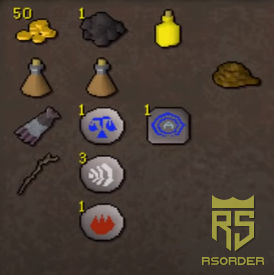 ● Dramen / Lunar Staff or a Necklace of Passage

If you’re planning to use the Eagle Transport System after the quest, bring the following OSRS items: A Rope and a Teasing Stick, Thatching Spar, or Garden Cane.

To start the quest, talk to the zookeeper named Charlie at the Ardougne Zoo. You can locate him on the southwest side of the zoo, just south of the scorpion cage. He will tell you about a recent mishappening, where a ferret managed to escape the cage while unloading the cargo. He will also tell you about the huntsman named Nickolaus, who had agreed upon capturing another ferret but hasn’t yet made his return. Once you agree on helping him find the huntsman, the quest will begin. Charlie will task you to search the mountains that are located west of the Gnome Stronghold. 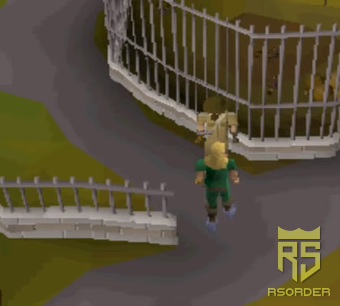 The mountains are called Eagles’ Peak, so head there using the fairy ring (code a*k*q), or by using a Necklace of Passage and selecting the option ‘The Outpost’. From the outpost just head north-west and you’ll reach the mountains. At the northwest side of the mountain, you’ll notice a tent, but there won’t be anyone in it, so inspect the books that are scattered on the ground to receive an item called ‘Bird Book’. Upon reading it, a metal father will fall out from it.

Now, follow the route to the peak of the mountain, which starts from the south part, or you can also use the Agility shortcut (requirement: 25 Agility), which can be found near Nickolaus’ tent. On the peak, you’ll find a door with feather inscriptions on it, use the metal feather to open the door and head into the cave. On the north side, you’ll find a feathered journal filled with information. However, the info is not important to complete the quest. In the end, you’ll notice that the path splits into three different sections that lead to different areas, as well as a metal door (the door will be used later in the quest). Take the southern-most route and you’ll find giant feather laying on the ground. You will then see that Nickolaus is across the ledge, and you must click to give him a shout. This is where a cutscene will begin, where Nickolaus is found trapped on the other side by a giant eagle that will not let him escape. 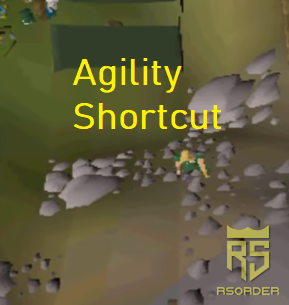 Nickolaus will ask you to help him by making him a disguise, and for that, you will have to gather 10 eagle feathers. The feathers are scattered around the cave, so just keep them up from there and head to the Dress Shop located in Varrock. Ask the shopkeeper named Asyff to make you two eagle costumes using 10 Giant Feathers, a Yellow Dye, Swamp Tar and 50 RS Gold Coins. Now, go back to the cave and shout to Nick again. To give him the disguise, go to the southwest part of the dungeon and take the route leading east, where you will find a large door with strange eagle markings. This door leads to where Nick is, but you cannot open it without a bronze, silver and gold feather. 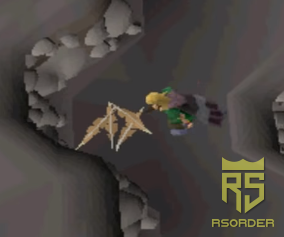 Go west from the large door and enter the tunnel that will lead you to a stone pedestal. On the pedestal, you’ll find the bronze feather, but when you attempt to take it, a trap will lift upwards. For this part, you will need to operate the four winches at the corners of the room to break the trap and once the pedestal falls, take the feather and head north into the second tunnel. 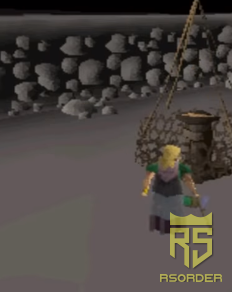 In the second tunnel, you will find an empty pedestal that requires 27 Hunter to inspect. Inspect it and follow the trail that appears to find a heap of rocks in the end. Inspect the rocks, and if the route is correct, another trail will appear, so keep repeating it until you reach a tunnel in the wall. Click the tunnel and a level 13 Kebbit will attack. You can either kill it or use the option to threaten him and he will drop a silver feather.

The final tunnel is located in the north-eastern corner of the main dungeon. Here you will have to pass a long corridor and at the end of it, you’ll notice that the path Is blocked by metal eagles and eagle wings. The eagles can be moved using bird seeds on the bird feeder, in the direction where you want them to go, and the wings can be moved with the help of a level.

First, take the birdseed older from near the entrance to place the bird seeds. You’ll need at least six to successfully pass through, and the instructions below will help you out. 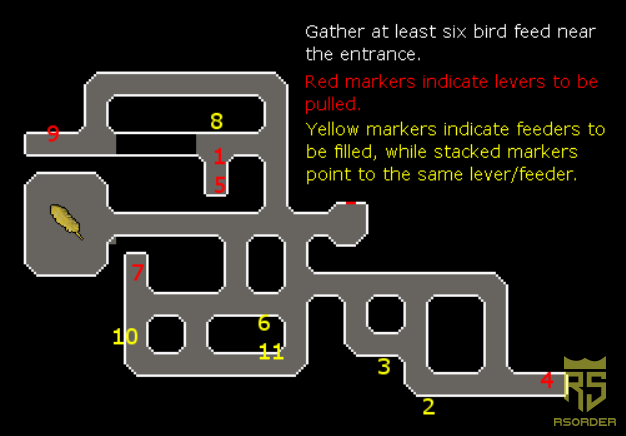 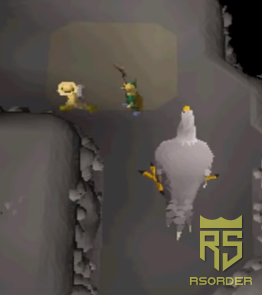 Once you have all the feather, go back to the large door and all the three feathers on it to open the door. Walk towards Nick, while wearing the eagle disguise and talk to him. He will request you to meet him back at the camp. So, leave the Eagles’ Peak Dungeon, climb down the rocks and go to Nickolaus’ tent. He will teach you a method to catch ferrets, so catch one and go back to the Ardougne Zoo and talk to Charlie to complete the quest!