A man in Varrock needs a bit of help. He is of the noble bloodline, but without his family’s crest, he cannot prove his heritage. Sadly, the three of his sons had taken the crest with them when they left the household, and they are now scatted across Gielinor. Do you think you can locate and retrieve them for him? 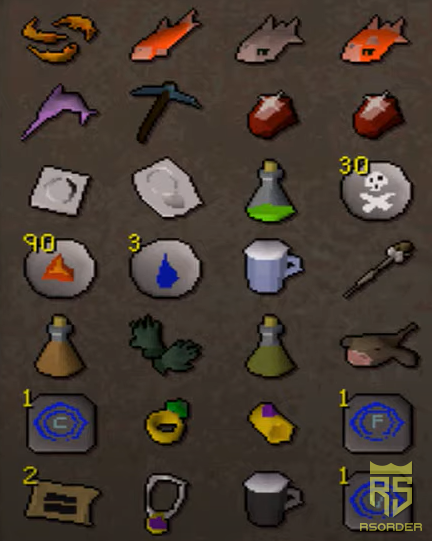 ● Anti-Poison or any other Poison Cure

● Amulet of Glory (For quick teleport to Edgeville and Al-Kharid) 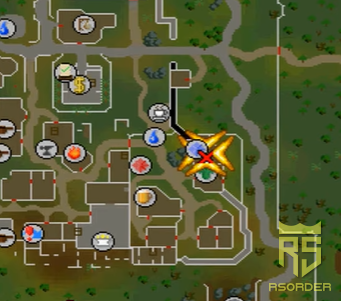 To start this quest, you must first speak to Dimintheis, who can be found residing in the fenced-off area of Varrock. To be more precise, he lives in the building next to the eastern Clothing Shop which is in the southeastern part of Varrock. He will tell you how he can’t prove his heritage without his family’s crest, and that these crests were taken by his sons when they left. Since he has no idea how to locate them, other than the fact that he last heard about them from a chef in Catherby named Caleb, he will ask for your help.

Make your way to Catherby and go south of the Farming Shop to locate Caleb, who would either be wandering outside or within the building with the sink. Speak to him and he’ll bring it to your notice that his brothers and he accidentally broke the crest into three different parts. Luckily, he has his piece with him, but he won’t just hand it over to a stranger. So, since there’s an important event coming up, he requires some fresh fish to make a special salad, and if you get it for him, he’ll give you the crest. 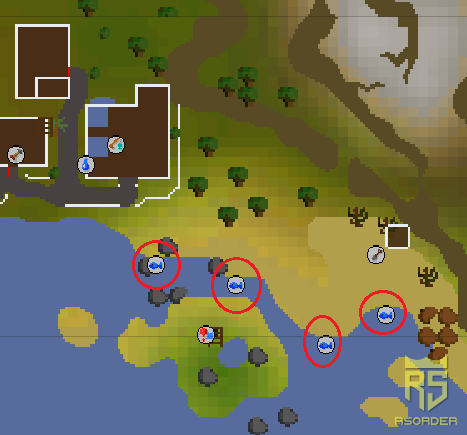 What you need is Salmon, Tuna, Swordfish, Bass, and Shrimp, and that too cooked. You can fish all but the Salmon in Catherby itself, while the Salmon can be caught at the lake north of the bank (Nearby the town of Seers’ Village). Once you have the mentioned items, hand them over to Caleb and he’ll give the piece to you. He’ll also provide you with a bit of information on how the Al-Kharid Gem Trader might know about where Avan is located.

When you speak to the Gem Trader, he will remember the person that you’re fixated on locating, and he’ll then direct you north towards the gold mine in the desert. Make your way there and speak to the man wandering around (you can identify him through the yellow cape that he’s wearing). Yes, the man is known as Avan himself, but to obtain the piece from him, he’ll want you to help him win the affection of a woman he likes. He is in need of a ring and necklace specifically made out of perfect gold. Since the resources in the desert aren’t worthwhile, he’ll ask you to speak to a dwarf name Boot, who might know where to find the OSRS gold.

Head to Falador and enter the Dwarven Mines. From there, go southwest and you’ll come across Boot wandering around nearby the second alcove. Talk to him about the Perfect Gold, and he’ll tell you about a small dungeon between Ardougne and Witchaven. If you’ve completed the Slug Menace quest, then you may already be aware of the dungeon. 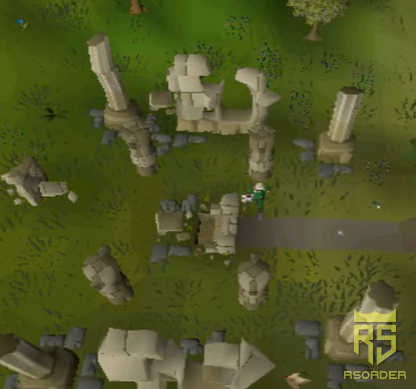 Teleport to the city of Ardougne and run east while making your way outside of the wall next to Witchhaven. Make sure you have a pickaxe on you, along with food and armor as there are a bunch of high-level monsters that will likely attack you. Within the cave, you will notice a small caged area to the east that has several hellhounds, as well as the gold rocks that you need to mine. To the north and south, you will find two rooms with levels in and outside. You need to complete a puzzle here to open the gates. 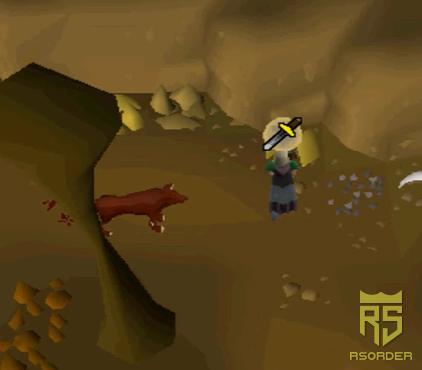 The gates should be unlocked now so quickly mine two Perfect Gold Ores and leave the area. Get your rubies, ring mold, necklace mold, and go to any nearby Furnace to smelt the ores into Perfect Gold Bars. Use the bar on the Furnace again to make Ruby Ring and Ruby Necklace by selecting the Perfect Ring and Perfect Necklace options. Once you’re done, head back to Avan and give the items to them to get the second crest piece in return.

Thanks to the information from Avan, you now know that the third brother is holed up on the second floor of the Jolly Board Inn, which is located northeast of Varrock (near the Wilderness edge). Grab your Anti-Poison Potion and give it to Johnathon to know what happened to him. He’ll tell you how he approached a demon named Chronozon, and how he sent him away and stole the last piece of the crest. So, now if you want it back, you have to finish the battle that Johnathan started.

You can find Chronozon near the Earth Obelisk in the Edgeville Dungeon (nearby the Poison Spiders). Grab the supplies that you need, along with enough runes to cast each of the Elemental Blast Spells. In simpler words, you have to hit Chronozon at least once with a Wind, Water, Earth, and Fire Blast spell. Doing so will weaken him and make the fight easier. 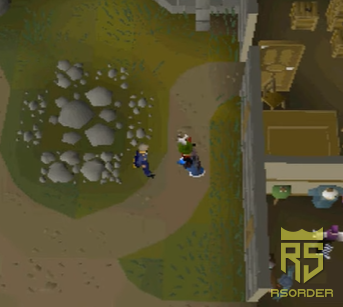 Once he’s dead, pick the final crest piece and leave the dungeon. Join all the three pieces together to make the Family Crest and head back to Varrock. Finally, speak to Dimintheis to complete the quest. Nice work! If you need OSRS Quest Helper Service to come to RSorder!