Times have been extremely busy for the Old School RuneScape team. They have been working on the Inventory interface of the game. Both, the Java and C++ clients have been rewritten for an enhanced experience concerning the future content.

They have also brought the Wiki integration up a notch and the pages will be more accurate now. In addition to that, the line-of-light requirement has also been removed, which means that you can look things up from your Worn Equipment panel.

Besides that, there are a few Steam Clients improvements by the developing team that I would like to mention.

The Anti-Drag option has been reworked. When it’s active and you drag an item, it won’t be registered in the drag category until the delay has been passed. When this happens, the item jumps to your cursor, and it can be dragged normally.

Anti-Drag: You can toggle the feature on and off.

Drag Delay: Time taken, to drag the item for it to be registered when the Anti-Drag option is active. The default time is set to 500 milliseconds.

Enable Key: When the Enable Key is set, you need to hold it down to activate the Anti-Drag option. It includes Always-On, Control, and Shift (Default).

Disable Key: When the Disable Key is held, the Anti-Drag option will be disabled. It includes Shift, Control, and None (Default).

When you examine an item now, you’ll be given the G.E (Grand Exchange), as well as the High & Low-Level Alchemy values. The untradeable items and the items that cannot be alchemized will not have their values shown.

You can easily adjust the feature through the settings tab. Besides that, the OSRS Development team has been working day in and day out on future updates for the Steam Client. This also includes the Clue Scroll update.

Now that the Closed Beta is live, successful clients should be expecting a mail from the Apple Store for confirmation. Any communication after that will be through the OSRS Official Discord channel.

The OSRS Development team is already aware of the occurring issues like the UI appears small on some devices, the mini-map causes the multiway combat icon to disappear, the gauntlet timer is incorrectly displayed, the chat box is unstable, screen elements display incorrectly, the mini-map icon doesn’t appear in some areas, misaligned texts in quest cutscenes, the appearance of gridlines in some regions, and so forth. They are currently working on it. 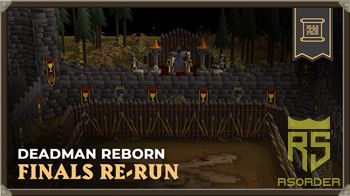 OSRS had mentioned earlier the Deadman Finale Re-Run, with its first beta going live on April 21st. Sadly, the date had to be postponed to the 29th.

On March 30th, the development team also discovered an issue that caused both servers to behave unexpectedly. The core systems that took the hit were the same that are used to manipulate configurations for Leagues, Deadman, PVP Rota, etc., and control the live architecture.

The root cause is being investigated, and the team is making sure to avoid the issue from occurring again. They have been kind enough to apologize for the delay and inform the ongoing situation. The Deadman Reborn Re-Run beta will soon be released after the problem has been dealt with. 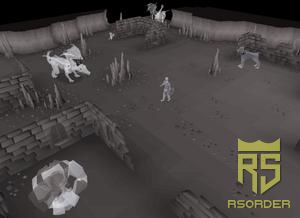 Some of the trees between the exit and south entrance of the Revenant Caves have been removed. And the Book of Darkness (or) is now recognized as a part of the Zarosian item category. 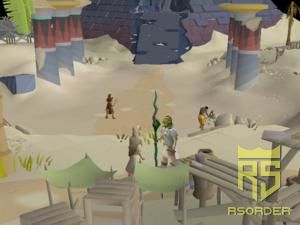 Beneath Cursed Sands was finally released on the 27th of April. Don’t miss the chance to be a part of the Desert storyline. The quest is also a requirement to access the Tombs of Amascut raid.

Though the 3rd League is over, you can still celebrate the achievements. Use the Elite Void and Mystic Robe Pins to immortalize your fashion. With the help of the League Banner Pin, you can cheer for Shattered Relics. Or, you can get your own mysterious figure with the help of the Sage Pin.

Share the latest RuneScape game news for you! Hope you enjoy RSorder and enjoy our Cheap OSRS Gold for you. Your support is very important to us!