King’s Ransom is a part of the Camelot Quest Series and is the last quest sequence wise. In this quest, you must destroy both; Camelot and the Knights of the Round Table by foiling a plot from Morgan Le Faye and the Sinclair Family. Recently, a murder has been discovered at the Sinclair Mansion, resulting in the family leaving, and because of that, they’re now being suspected of the disappearance of King Arthur and his Knights. Due to the lack of evidence and shortage of time, you may be the only one who can try to solve the mystery. 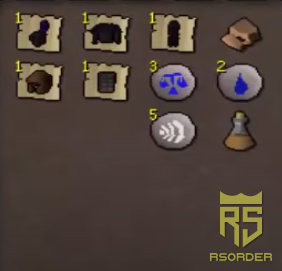 ● Animate Rock Scroll (Can be obtained during the quest)

To start this osrs quest, you must first speak to Gossip, who is located outside Sinclair’s Mansion, northwest of the Camelot Castle. He will fill you in with the details about the Sinclair Family leaving the mansion and blaming Anna for the murder of Lord Sinclair. He will also reveal that evidence was provided by a member of Sinclair to prove that Anna isn’t the murder, and then explain to you how King Arthur and his Knights disappeared at the very same moment they left. 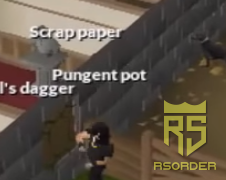 Agree on helping him, and he will ask you to speak to the guard. The guard will tell you that the council has strictly forbidden anyone to enter the mansion. So, go to the east side of the mansion and break the window to enter. Now, as you’ll need to collect three pieces of evidence, go to the dining hall on the ground floor to pick the Scrap Paper, then go to the library on the second floor to pick the Address Form, and finally pick the Black Knight Helm from the bookcase on the western side in the library.

Now, go back to the guard and show him the evidence. He’ll agree that the evidence is valid to prove that King Arthur was harmed, however, he’ll only be able to present the evidence in a month. Head back to Gossip and ask him all three questions that are visible when you speak to him.

The first is about King Ulthas, who was King Arthur’s good friend and helped him in many ways. The second option is about Sinclair living in Camelot, and selling the castle off to King Arthur. When you choose the third option, he’ll tell you about how Anna is being presented in Seers’ Courthouse and is giving a hard time to the Authorities.

Make your way to the courthouse, which is the building southeast of the Seers’ Village bank, and look for Anna. She’ll tell you that the person you suspected set her up and that the evidence brought up against her was completely forged. Then, ask her about the Sinclair Family, and she’ll tell you that she has no idea as she was locked up all this time. As you leave, she’ll offer to make a deal with you to get into Camelot in exchange for her freedom and hand you the Criminal’s Thread (Part of Murder Mystery quest). She’ll also suggest about the house servants, who may be able to give a testimony regarding her innocence. 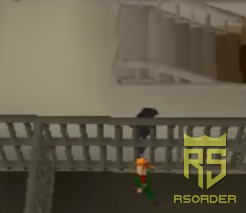 During the trial, you’ll have to call the witnesses by speaking to the judge and question them one by one. It may seem similar to the ones you asked in the mansion, as it has to prove that Anna is not guilty. So, start by calling the butler, and ask him about the murder weapon (dagger), then call the dog handler regarding the poison. Similarly, call the mail, and ask her about the person she saw that night, and finally, you can choose to call anyone to answer the question about the thread. The trial will then be over, and a non-guilty verdict will be provided to Anna.

Now, speak to Anna in her cell to get the information on getting into Camelot. Once you have it, head to the east side of the castle and search the statue there for a cutscene to begin. The scene will make you realize that Anna and David, both the siblings were responsible for the death of Lord Sinclair and that it was all a trap to set you up. At the end of the scene, Morgan Le Faye will suddenly appear and knock you the hell out. 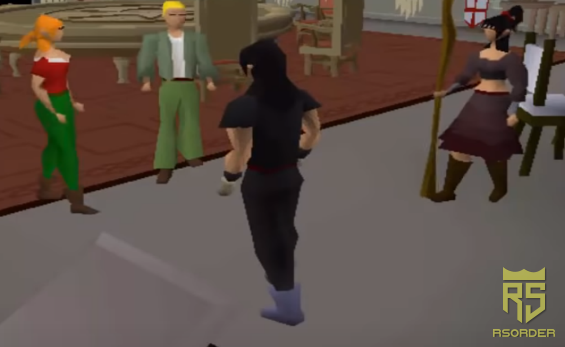 When you wake up, you’ll notice that you’re in jail with King Arthur’s Knights and Merlin. Speak to Merlin and he’ll explain everything about what happened. He’ll tell you that King Arthur has been turned into granite and has been taken away by Black Knights. Morgan and Sinclair have teamed up to destroy the king and reclaim the castle, with Black Knights being a part of it. The last thing he’ll tell you is that about Morgan stealing the Holy Grail. Once he finishes explaining, ask him what to do and then click the vent located at the top of the wall, just opposite the jail cell. 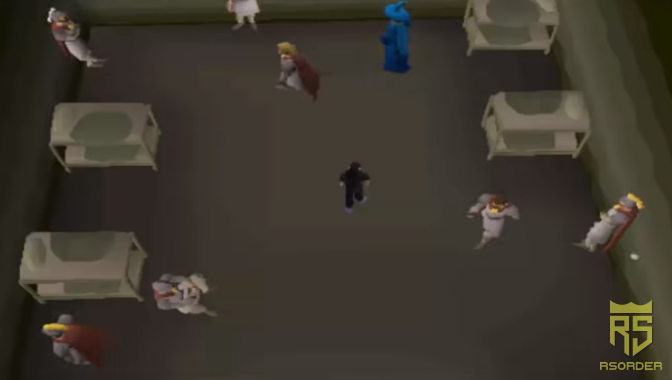 Speak to the knights next, and ask them if they have any useful items to help escape the cell. If you receive a lockpick from them, use it to open the gate, or else use Telekinetic Grab to get a hair clip from one of the cell guards who is fixing his hair. With the hairclip you’ll be able to open the gate, however, you’ll need to solve a puzzle that is similar to the Mastermind board game. In the puzzle, you must set each of the tumbler’s height correctly, and it may take up to six attempts to finally unlock the cell door. 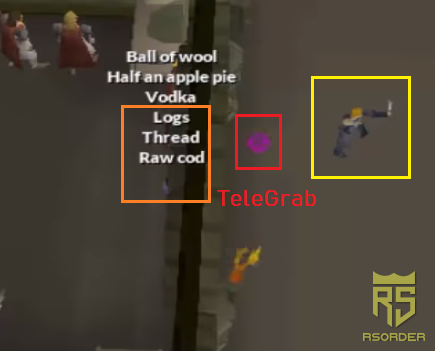 Once you escape, the knights will get into a battle with Renegade Knights, so head to the topmost floor and search the north table to get a riddle. You must solve it by choosing the correct container, which is the round purple one on your right (second last, if you’re counting left to right). Finally, it’s time that you free King Arthur from the curse. You’ll now need to speak to Wizard Cromperty, who can be found in East Ardougne. Speak to him and he’ll tell you that he can be freed the same way as you freed Petra Fiyed during the quest One Small Favour. He’ll provide you with an animate rock scroll to use on King Arthur, but only when you have the Holy Grail and some Granite in your inventory. 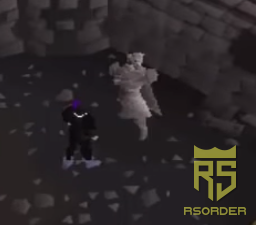 To reach Arthur, you’ll need the items; Bronze Med Helm, Iron Chain Body, Black Plate Body, Black Plate Legs/Skirt, and Black Full Helm. Once you have the items, go to the Black Knights Fortress (west of Edgeville) with helm and chain equipped to gain access. When you’re in, equip full Black Armour, and then push the door behind the guards to climb down the ladder where Arthur’s statue is being kept. Then, use the option to free him and provide him with the guard uniform needed to escape. Finally, return to Camelot and speak to Arthur for the quest to finish. Hope this guide helped! If you need osrs gold coins, please come to RSorder.com!