OSRS had announced new updates a few weeks ago, where they’ve moved the in-game foundation towards the next milestone. The client has been updated with the new features and the wait has totally been worth it! So, let’s have an overview of what they’ve added and What do you need to buy from rsorder.

While facing off against an important, the best thing that can be provided to you is the information. In the upcoming update, we’ll be able to view the character’s name and HP (Hit Points) on the top-left section of the screen. This feature will be added in a toggleable form, so you can switch it on and off according to your preference. Speaking of the regular enemies, where you can view their HP and name on the top-left section – it’ll be replaced with HPs of larger bosses, such as the ones in Chambers of Xeric (HP threshold Indicators for Vanguards) and The Nightmare (Shield and HP values). This is going to make the game-play a lot easier and attractive!

When you consume any potions, such as prayer or stamina potions, their effects will be displayed when active. It’ll likewise show how much time you have on your hands until the effect runs out. The toggleable options will include, show or hide Buff Bar, Tooltips, Leagues Relic (on the Buff Bar), Home Teleport Cooldown, and Minigame Teleport Cooldown. 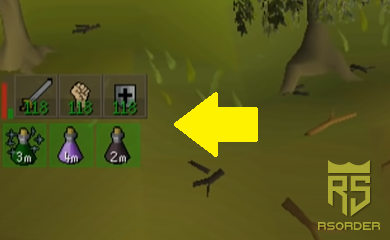 Info boxes are also a good addition to the update, where you’ll be able to view whether your skill has been boosted or drained from the base level. This will be displayed alongside the respected skill and you’ll be able to compare accordingly. Toggleable options will include, show/hide Stat Boosts and Tooltips, Display State Value or Relative Value, and Change the maximum number of boxes shown at a given time (6 is the default, and you can choose from numbers 1 to 6).

Now, it’ll be easier to figure out which fishing spot is accessible to you. In other words, if you have the required osrs items needed to fish there, it’ll highlight the spot, as well as the items with an indicator. You can also hover on top of the fishing spot to reveal which fish is swimming there. 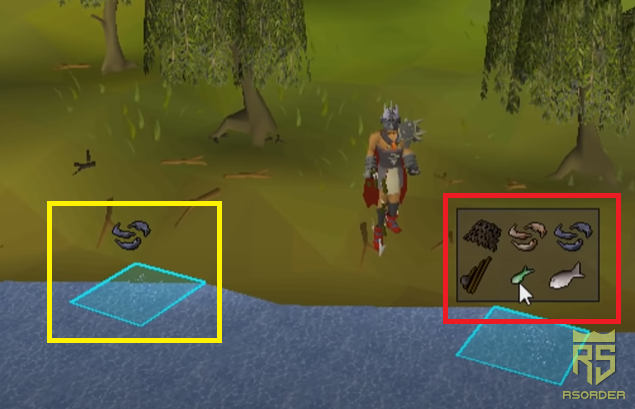 OSRS is a massive game, there are places that people often re-visit to either train their skills, complete a clue scroll, or complete quests. So, the developer team has added Tile Markers in-game that can be added by holding down shift and right-click any tile visible on your screen. The plus point is that there’s no limit to how many tiles you can mark! 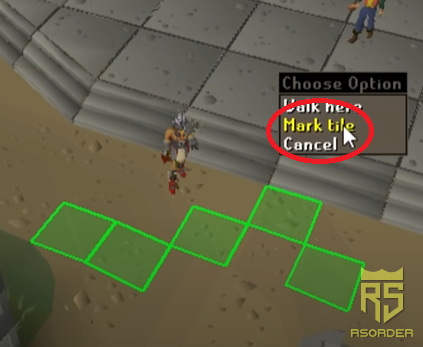 There’s a new helper added to the Chambers of Xeric raid, where you can view useful information about the area. This information will consist of; your current points, elapsed time, and an ordered list of the rooms to clear. You’re allowed to enable or disable this feature, and to view more or less information, you can click at the bottom-right of the Helper that is displayed on your screen. 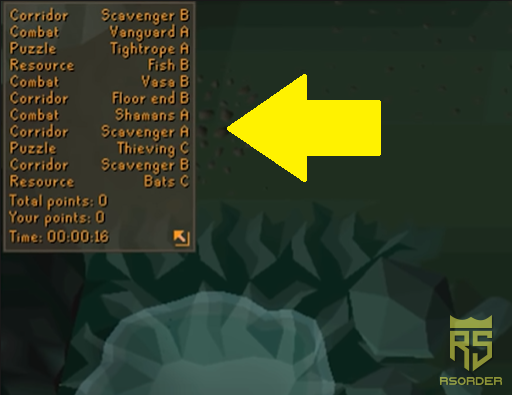 Before clicking on an NPC to interact, you can hover over them to view a handy tooltip option. This can also be used for the Spell Book, and like the other features, you can toggle whether you want to enable or disable it. 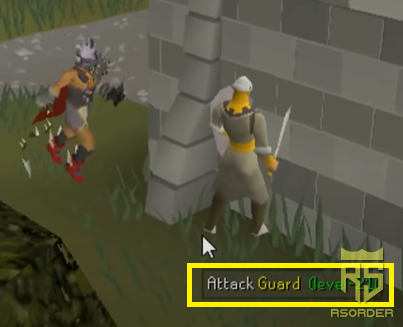 You can now change chat settings to include timestamps on your chat. This is set up as the default server time, but not to worry, because you can customize the settings to change it into your local time. The history of the chat will remain for 15 minutes, and that is even if you attempt to log out and log back in.

― An Anti-drag option has been added to the settings, which allows you to hold shifts and move multiple items at a given time (inventory).

― Without the need for opening on the combat interface, you can now keep the current combat style displayed on the screen.

― Level ranges will now be displayed for players that you attack in the PVP (Players Vs Player) Zone.

― By default, the settings menu will show less information for players who have newly joined after the update.

― The C++ client will have the same transparent chat box as the Java Client.

― The display settings will be remembered now, even if you log out and back in, on the C++ Client.