My Arm’s Big Adventure is a part of the Troll quest series. Goutweed is famous among the trolls, but due to over picking, it had stopped growing, leaving no hope for it to grow again. But recently, a cook named Burnt Meat had heard a rumour about goutweed growing again. So, you must help his assistant named My Arm by teaching him the proper way to farm their favourite food. 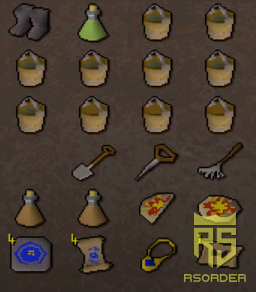 ―  3 Ugthanki dung, or red-hot sauce, a space, 3 buckets and a pair of gloves to obtain it.

―  60% favour in Tai Bwo Wannai Clean Up Minigame before starting the quest.

To start this quest, you must talk to Burnt Meat, who is located in the kitchens at the Troll Stronghold. He will let you in on the rumours that humans have learned how to grow goutweed and will ask for your help. Right after that, a cutscene will begin where an adventurer is found sitting inside a cooking pot with his armour fallen on the floor. That is when Burn Meat realizes that humans have learned to grown the weed, as he found some underneath the adventurer's armour piece. 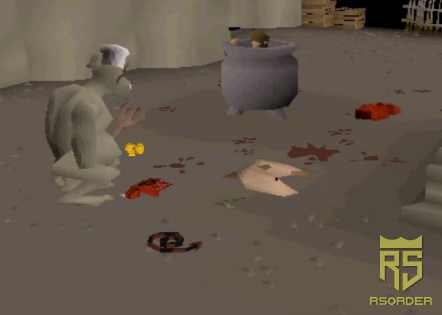 So, Burnt Meat will ask you to help his assistant learn how to farm, which is when you will have to go and talk to him. The assistant is named My Arm and he can be found at the back of the room. Speak to him and he will ask you to bring him goutweed lumps from the cooking pot located at the Death Plateau. To get the directions, you must talk to Burnt Meat once again and head on to the location.

There are two ways to get there:

1.First, head north right through the door, and then go east through the second door before heading down the staircase. Once you reach the jail cells, go past the troll guards and exit the cave. Now, make your way east and climb the rocks, where you notice that the path has split up. Choose the southern one, climb over the rocks, then head east and finally climb down to reach the Death Plateau.

2.Another way is by using your Games Necklace to get to Burthorpe, then travel west and buy climbing boots from the NPC named Tenzing if you don’t already have a pair. Finally, climb down to reach the Death Plateau.

Once you have reached the desired location, pick up a bucket from the nearby hut and search the cooking pot to obtain goutweed lump. Now, travel back to speak to My Arm, and he will take you to the roof to show you his farming area. Talk to him again to receive a farming manual. 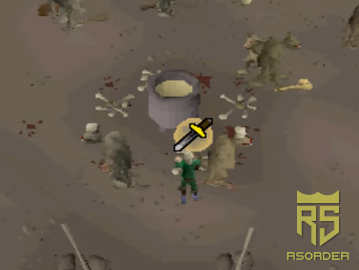 For this part, you will need at least three buckets of Ugthanki dung and seven super composts. If you don’t already have the items you can obtain them via two different methods.

1.While equipping your Camulet, head to Al-Kharid and speak to the camel outside the city’s bank. He will agree on producing some dung for you, so simply collect it using an empty bucket and a spade. 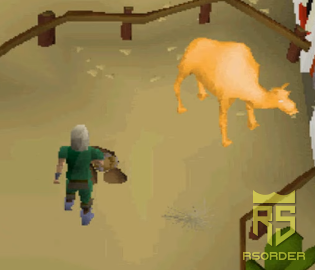 2.If you haven’t completed the quest Enakhra’s Lament, and if you don’t possess a Camulet, head to Pollnivneach with red-hot sauce. Use the sauce on the food trough and with a bit of waiting, you will find dung on the floor. Collect it and head back to My Arm.

He will guide you to his farming area, where you will have to use the dung to treat the farming patches. For this, you will the above items, along with a spade in your inventory. Once you’re done, speak to My Arm again and he will ask you to go to Karamja to get a few goutweed tubers from the village Tai Bwo Wannai. Shortly, a cutscene will begin and you will end up at Brimhaven where My Arm will run off and ask you to meet him at Tai Bwo Wanna. He can be found just east of the general store in the village, and north of the Calquat farming patches. Talk to him and head to the village together. 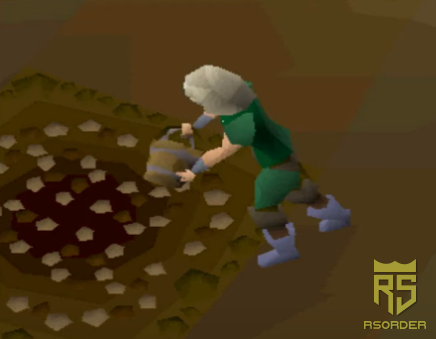 If you haven’t got a 60% favour, then buy a machete and an anti-poison from the southern-most shop. Then find My Arm and go south-east to talk to Murcaily near the gate that leads you to Hardwood Groves. He is the owner of the minigame Tai Bwo Wannai Clean Up and he will willingly give you goutweed tubers if you complete 60% favour for him. So, get started and speak to him again once you finish receiving a Hardy Gout Tuber. Right after that, another cutscene will begin where My Arm creates a scene in the village and Murcaily hands you with a lot of Hardy Gout Tubers. 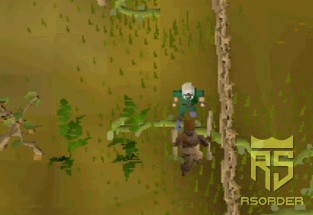 You will now have to part ways with him and head to Troll Stronghold. For this part, you will need to battle against Roc’s, and you will also need to ensure that your tool leprechaun is stocked with farming tools. Also, don’t forget to carry a plant cure and a spade with you.

Go back to the My Arms farming patches at the Troll Stronghold and help him plant the tubers. You will need to get him the necessary items needed from the tool leprechaun located at the top of the mountain. He will first need a Rake, then some Hardy Gout Tubers, a Seed Dibber, Super Composts, a Plant Cure and a Spade in the same order. Once he has successfully planted the goutweed, a drunken dwarf will appear from the blue, who gets thrown off the roof by My Arm and then gets eaten by a troll child.

Once the goutweed is grown, a level 75 bird named Baby Roc will appear, who you will have to defeat. Right after that, a level 172 Giant Roc will attack you, who can use both Melee and Ranged attacks. So, be alert at all times, and have your ‘protect from missiles’ prayer activated at all times. Once he is defeated, speak to My Arm again, so he can dig up the goutweed and then talk to Burnt Meat to complete the quest! 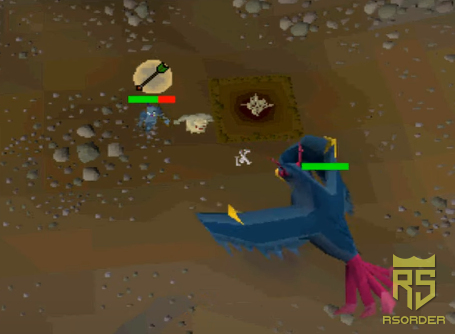 The above is about OSRS My Arm's Big Adventure Quest Guide! If you have any OSRS Items and OSRS Quest Helper Service needs, please come here - RSorder.com!