You can either call Prifddinas the city of Elves or the capital city of Tirannwn, which is located north of Isafdar. It is the oldest settlement in the world of OSRS, and it was created during the first age. To enter the city, you must first complete the quest called Song of the Elves. Outside of Prifddinas, the city may appear as if there’s nothing inside, but it’s actually a security measure that was added during the time of the God Wars. 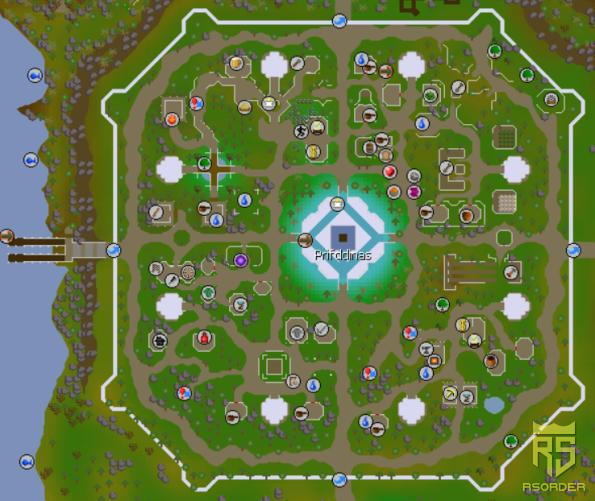 How do you get there?

You can choose to use a Teleport Crystal or Eternal Teleport Crystal to reach the center of Prifddinas, which is south of the Tower of Voices. Alternatively, you can break a Priffddinas Teleportation Tablet, which is developed with the assistance of a Scroll of Redirection on a House Teleportation Tablet. You can also use a House Teleport if your POH (Player-Owned House) is in Prifddinas, or a Ring of Returning if your Spawn Point is in Prifddinas. There are also other ways, such as the Spirit Tree, Charter Ship, Iorwerth Camp Teleport (First North, Then East), and Necklace of Passage (Jorral’s Outpost, Then Head West).

What features does Prifddinas offer?

Prifddinas is basically divided into eight different districts, and the Elven Clan has helped build the entire city, with Tower of Voices acting as the center point. It’s also the only place in the game where you can find Crystal Implings, and they are a rare spawn in various locations of the city. 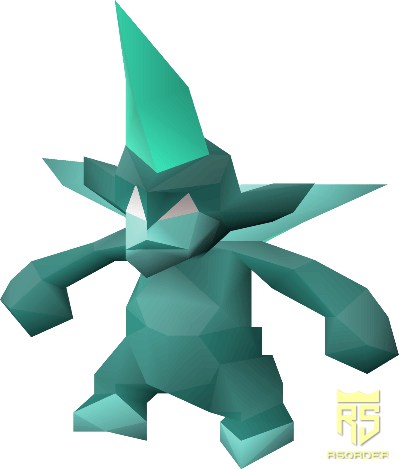 Also known as the center of the Prifddinas city, and it is named the Tower of Voices because Elves are permitted to directly speak to their goddess named Seren. She chose to shatter herself rather than leave Gielinor for good during the time of the God Wars. There’s an altar here that players can use to restore their Prayer Points. An NPC named Crefydd stands next to the altar, and you can speak to him to change your respawn location to Prifddinas. You can find a small office here that contains the Elven Crystal Chest that can be unlocked using the Enhanced Crystal Keys. Similarly, you can find a Memoriam Device, which allows players to re-watch the scenes and fights from the Song of Elves and Fragment of Seren quest, respectively. Also, it consists of a teleportation platform that leads directly to the Grand Library.

A massive library that can be accessed through the teleportation platform located in the Tower of Voices. It is entirely different from the parts that you visit during the Song of the Elves quest because using the teleportation platform, you arrive at the publicly accessible section of the Grand Library. You can search bookshelves to obtain various texts that are a part of the Elven quest series, along with the other 14 texts that can only be found here. 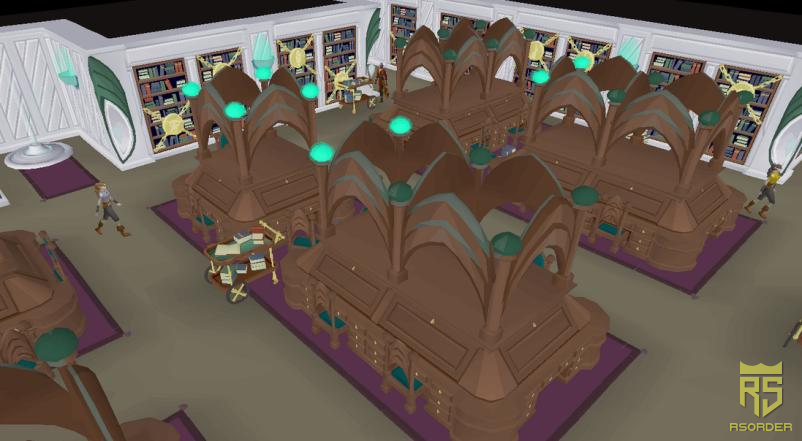 A district led by Lady Ffion Meilyr, and it is also known as the clan of herbalists and explorers. The area is located in the north-eastern section of Prifddinas city. You can find a Spirit Tree here, along with a Food Supply shop run by Derwen, as well as a Diary Churn and Cooking Range within the shop. Similarly, there’s also an Herbal Supply shop run by Llio. Aside from that, you can find several stalls that can be used to train your Thieving levels, as well as three Prifddinas Guard from whom you can steal. You can also find a Silk Stall run by Anwen, Gem Stall run by Glenda, Silver Stall run by Osian, and Spice Stall run by Caerywn.

A district led by Lord Piquan Crwys, and it is also known as the clan of botanists and farmers. The area is located in the north-eastern part of Prifddinas city. You can find three Teak trees, two Mahogany trees, and a Sawmill. However, you cannot reach one of the three Mahogany trees because it is blocked by a huge rock. Other than that, you can find two Allotment Patches, a Flower Patch, and a Compost Bin, along with a Crystal Tree Patch that yields Crystal Shards after the harvesting process. You can also find a Farming Shop here that is run by Branwen, and there’s also a Cooking Range located west of it. 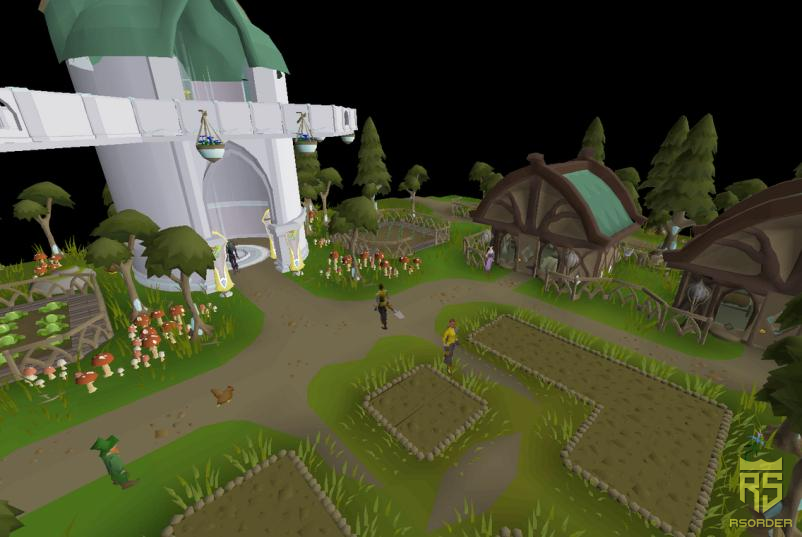 A district led by Lord Baxtorian Cadarn, and it is also known as the clan of warriors and hunters. The area is located in the south-eastern section of Prifddinas city. You can find a Bank here that has a Pool Booth, as well as a Bank Deposit Box. There are also three Yew trees right outside the Bank area. Aside from that, there’s a Ranged Weaponry shop run by Sian, and a General Store run by Gwallter. 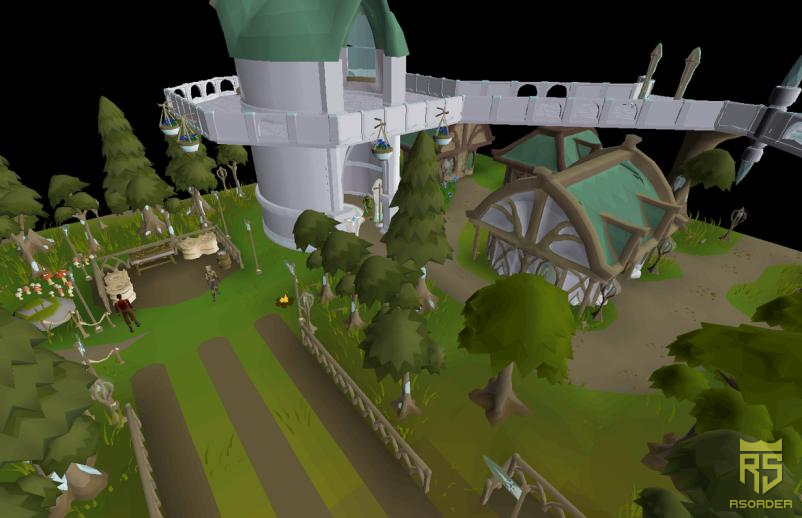 A district led by Lady Tangwen Trahaearn, and it is also known as the clan of miners and smiths. The area is located in the south-eastern section of Prifddinas city. You can find a Furnace and Anvil here, which is quite close to the Bank (closest anywhere in the game). There’s also a teleportation platform west of the Bank that leads you down to the Zalcano’s prison, which was a demon cursed by the Zamorak god. However, he has been turned into stone now. Aside from that, there’s an entrance southwest of the Bank that leads to the Trahaearn Mine, where you can only mine Soft Clay Rock to obtain Soft Clay. You can also access the Singing Bowl to create Crystal Equipment, and if you don’t have the requirements to do so, you can speak to Reese to create them for you in exchange for Crystal Shards. Finally, you can find a Mining Emporium that is run by Gwyn.

A district led by Lord Iestin Iorwerth, and it is also known as the clan of slayers and assassins. The area is located in the south-wester section of Prifddinas city. You can find a cave here that leads into the Iorwerth Dungeon, which is a training ground for the clan and contains various Slayer monsters. Aside from that, you can find an Armor shop run by Aneirin (also repairs Barrows equipment), and an Arms shop run by Celyn (also sells Halberds). Finally, you can access a small fight arena in the district to watch two powerful gladiators fighting each other. 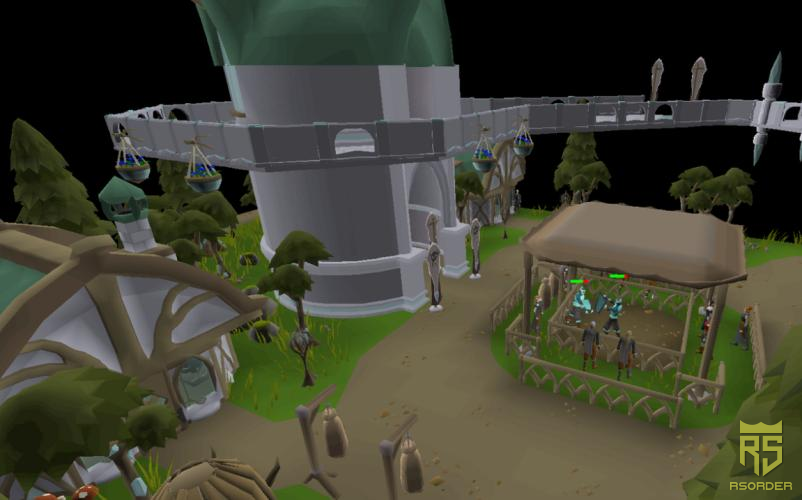 A district led by Lady Kelyn Ithell, and it is also known as the clan of builders and crystal singers. The area is located in the south-wester section of Prifddinas city. You are permitted to use the POH portal here by visiting the Estate Agent named Alwyn. You can also access the Singing Bowl to create various Crystal equipment, and if you don’t have the requirements to do so, you can exchange Crystal Shards with Conwenna to create them for you. Aside from that, there’s a Dye shop run by Guinevere, a Wares shop run by Lliann, and a Crafting shop run by Nia. You can also find a Spinning Wheel and Loom outside Nia’s shop, and the NPCs Eluned and Ilfeen can be found outside the Dye shop and POH portal, respectively.

A district led by Lord Ieuan Amlodd, and it is also known as the clan of shamans and mystics. The area is located in the north-western section of Prifddinas city. You can find a training ground here, which is called The Gauntlet, and it was created by Elves during the God Wars to train powerful warriors. Aside from that, there are four Magic Trees, a Magic supply shop run by Efa, and a Staff shop run by Elgan. You can also find a Cooking Range east of the Staff shop. 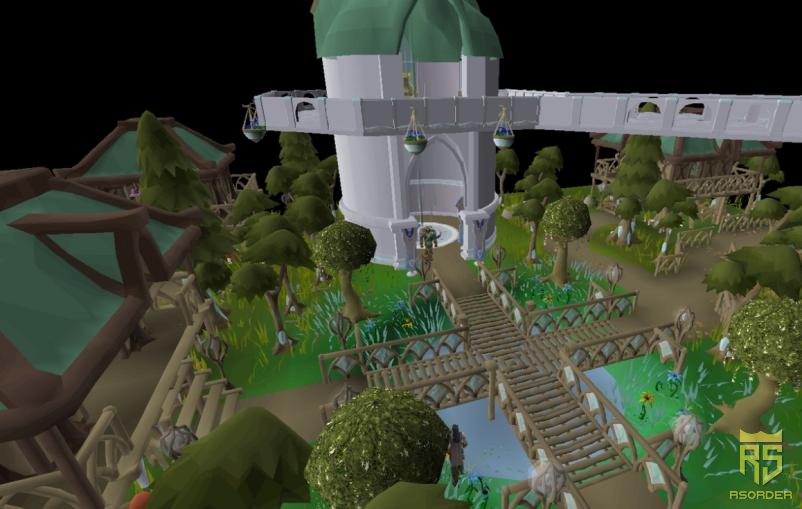 A district led by Lady Carys Hefin, and it is also known as the clan of spiritualists and monks. The area is located in the north-western section of Prifddinas city. You can find the Prifddinas Agility Course here, which requires you to have 75 Agility to run through. There’s also a Bank consisting of a Poll Booth and Bank Deposit Box (the Agility Course begins here). Aside from that, you can find a Mace shop run by Iwan, NPC named Amrod, who can exchange Crystal Shards for Crystal Equipment, a Prayer altar to restore your Prayer Points, a Pub that sells Elven Dawn, a Sand Pit, which is the closest one to a bank in the game, and an entrance to Death’s Office.

West of Prifddinas, you can find a dock in the harbor, which is an area for the Charter Ships. You can use the ships to travel to various locations in the game, such as Brimhaven, Catherby, Corsair Cove, Musa Point, Mos Le'Harmless, Port Khazard, Port Phasmatys, Port Sarim, Port Tyras, or Ship Yard. If you have successfully completed the Cabin Fever quest, then the fare for the Charter Ships will reduce by 50%. The same reduction happens if you have a Ring of Charos(a) equipped. You can combine both the bonuses to reduce the fare cost to 25%. Aside from that, if you look to the south of the Charter Ships, you can find Slippers, Surma, and Ian creating music and dancing.

Hope our Prifddinas overview can help you understand Prifddinas. If you want cheap OSRS gold, just visit our website and get it quickly.