This is an archaeological bone collecting quest, where you are required to have completed a set of quests before starting off. There are several monsters and animals that are necessary to be scavenged for their bones. In the end, they need to be cleaned and handed over to the Odd Old Man to increase his marvellous collection of bone remains.

• Rag and Bone Man I

• Horror from the Deep

To start this quest, you must first speak to the Odd Old Man, who is located in central Silvarea (end of the northern path). He will ask you to obtain a set of bone remains for his collection, and once you agree the quest will begin.

You can find Bats flapping around nearby the Odd Old Man, so you can obtain the first set of bones in the same location. You can also teleport to Varrock or the Digsite and walk northeast. Alternatively, Bats can be found in front of the Slayer Tower or the Wilderness. Do note that Giant Bats don’t drop any bones, so approach the normal ones.

If you’re using the Ectophial, then travel to Port Phasmatys and head west. If not, you can use the Fairy Ring (C*K*S), or walk east from the Odd Old Man’s house. You can also reach Morytania by using Kharyrll Teleport from the Ancient Spell Book or use the POH portal (if your house is in Morytania). 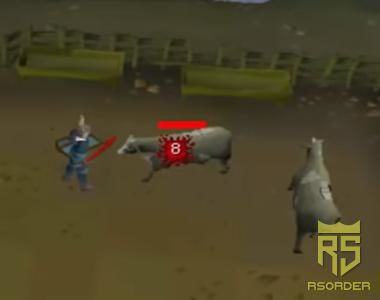 You can locate the undead cows west of the Ectofuntus (within the farm). Travel west from there and push the easternmost memorial in the southeast graveyard of Fenkenstrain’s Castle to locate Experiments. Travel southwest to Canifis now to find Werewolves. You can easily safe-spot them with Ranged or Magic attack style. Alternatively, you can attack the lower-level Werewolves in Canifis with Wolfbane, and when they’re almost dead, you can switch your weapon. They change into their Werewolf form when their HP is slow, and have a chance to drop bones. Finally, head southwest to the direction of the Paterdomus temple entrance to locate Ghouls. 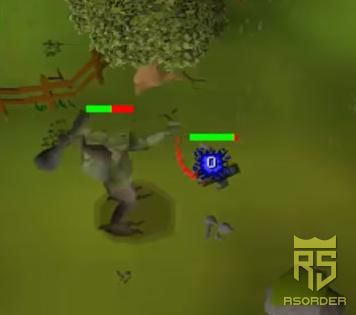 All the monsters in this area can be found in the Varrock Sewers, which can be entered either by using the southeast of the eastern Varrock Palace entrance, or the trapdoor south of Edgeville. You can reach one of these entrances by using a Varrock Teleport, Amulet of Glory, Fairy Ring, Home Teleport (Ancient Spell Book) and the Canoe system, or the Spirit Tree (Grand Exchange).

Teleport to Lumbridge and head to the castle with a lantern equipped. Climb through the kitchen hole and follow Kazgar to the end of the Dorgesh-Kaan Mines. You can find several Cave Goblins to kill here. Alternatively, you can head south and squeeze through the other hole to find them. From there, go south to locate a room full of Rock Slugs, and change your direction east to find Goblins (far east of the Lumbridge Swamp Caves). You can also enter the Lumbridge Swamp Caves through the swamp, and then walk to the eastern part of the cave; however, you will need to have started or completed The Lost Tribe.

You can use the Fairy Ring (D*L*Q) to reach the Nardah Hunting Area or use a Ring of Duelling/Lumbridge Teleport and then travel south towards the Kharidian Desert via foot or the Magic Carpet. You can find Jackals on the way to the Lizards, so kill and collect their bones. For the Lizards, you will need Ice Coolers to kill them. After that, walk southwest to locate Vultures, and if they are flying, you will need to use either Ranged or Magic to attack them. 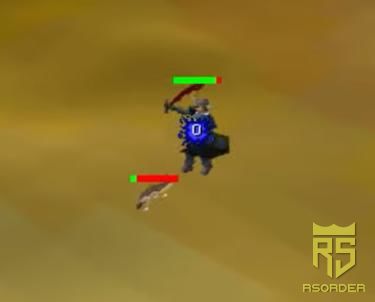 You can use the Minigame Teleport to reach Port Sarim Rat Pits, but that is if you have completed the quest ‘Ratcatchers’. If not, use an Amulet of Glory to reach Draynor, and then walk to the port. You can find Seagulls on the dock, and from there, you can travel south to reach the Asgarnian Ice Dungeon, where Ice Giants are located. Now, make your way south to the Mudskipper Point, which is the home to Mogres. Use Fishing Explosives on the Ominous Fishing Spot to bring them out of the water. 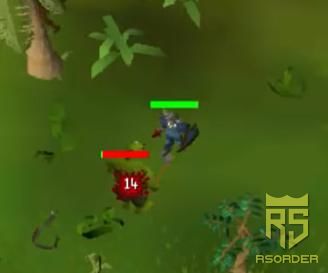 You can reach there by using a Gnome Glider or the Fairy Ring Network (D*K*P). If you can’t access any of them, use the ship at Port Sarim or southeast of Ardougne to reach Karamja. Snakes can be found wandering across the island, and you can locate Jogres near the crashed Gnome Glider site (east of Tai Bwo Wannai village). You can also find Jogres within the Pothole Dungeon, which is on the north side of Karamja.

You can reach the dungeon by teleporting to Falador and walking northwest, using a Games Necklace to reach the Burthorpe Games Room and then walking south, or using the Gnome Glider network to reach the White Wolf Mountain and then walking southeast. You can locate Baby Blue Dragons past the Scorpion, Chaos Dwarf, and Lesser Demon rooms. You will need a Dusty Key to open the gates. You can also use the Agility shortcut if you have level 70 Agility (pipeline near the entrance). Do bring an Anti-dragon Shield or Antifire Potions to protect yourself from fire breath. 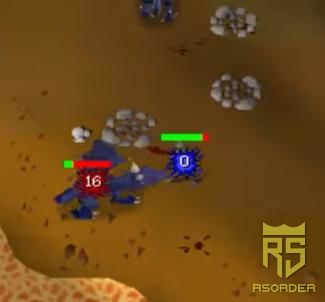 You can use the Trollheim Teleport to directly get there and then climb down the western rocks to locate Trolls (a bit to the west). Alternatively, you can use a Games Necklace to reach Burthorpe, and then walk north to Trollheim. The easiest area would be near the entrance of Keldagrim, and the best way to reach where is either by using the Fairy Ring (D*K*S) or by walking east from Rellekka.

Either teleport to Rellekka using an Enchanted Lyre or Fairy Ring (A*J*R) or teleport to Camelot and walk north. You will come across a tree icon where you can kill bunnies that are hopping around the forest. From there, head into the Fremennik Slayer Dungeon using the Fairy Ring (A*J*R) or a Slayer Ring, and walk southeast of the rabbits to locate Basilisks. You will need Mirror/V’s Shield to kill them, along with level 40 Slayer. It is possible to kill them without Mirror/V’s Shield by using poison and a few Rings of Recoil for melee, or you can safe-spot across some rocks and kill them using Magic or Ranged.

You can access both locations in Kandarin using a Games Necklace and teleporting to the Barbarian Outpost. First, visit the Lighthouse that is north of the Outpost to find Dagannoths within the basement. You’ll need good armour and food because it’s a multi-combat area. After that, grab a Rope and teleport back to the Barbarian Outpost. Now, travel south to the Baxtorian Falls, board the log raft, use your rope on the rock after your raft crashes, and then use it on the dead tree to enter the Waterfall Dungeon. You can find Fire Giants here. 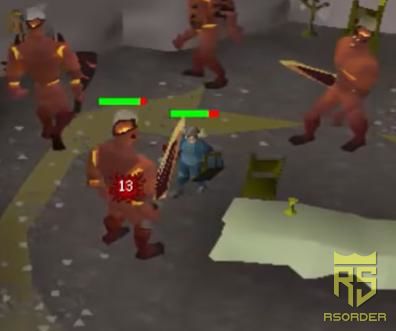 Use either the Spirit Tree, Slayer Ring, Gnome Glider, or a Royal Seed Pod to reach the Tree Gnome Village. You can find Terrorbirds scattered across the area, and if you’re looking for a large group, then you can head to the pen that is located in the southwest direction.

Use the Fairy Ring (A*K*S), a Ring of Duelling (Castle Wars Teleports) and walk southeast, or the Gnome Glider network to reach Feldip Hills. You will find a plethora of Ogres and Wolves as you reach the area. If you’re walking from Castle Wars, you can kill a Zogre near the NPC called Jiggig. From the hills, head northwest to Jiggig to locate Zogres.

Polishing the Bones (Fishing Up)

Once you have gathered all the bones, head to the Draynor Village and speak to Fortunato. He’ll sell you a few Jugs of Vinegar for a coin each, so buy 27 of them. Besides that, collect 27 Pots, 27 Logs of any type, and purchase a Tinderbox. You can alternatively, bring a Woodcutting Axe and chop the woods nearby the Odd Old Man when you visit him in the end for instructions.

Here are the steps to polish the bones –

Step 1: Use a Jug of Vinegar on an Empty Pot to obtain a Pot of Vinegar.

Step 2: Use the respective bones with the Pot of Vinegar to obtain Bone in Vinegar.

Step 3: Use a Log on the pot-boiler which is next to the Odd Old Man, and then use the obtained Bone in Vinegar on it.

Step 5: Remove the Pot from the boiler to obtain the polished version of the bone.

Step 6: Repeat the same with all the remaining bones.

Once you’re done, speak to the Odd Old Man and give him the Polished Bones to complete the quest! As a professional RuneScape product provider, RSorder will provide you with a full range of services, offering the cheapest products whether it is OSRS Gold, Items or others.