Superglass Make is a Magic spell that turns Seaweed, Giant Seaweed, Sand, Swamp weed, or Soda Ash into Molten Glass, and that too without the help from a Furnace. During the process, Buckets of Sand are entirely consumed, so returning Empty Buckets is out of the question. Since the spell provides a 30% bonus yield, you will receive 1.3 Molten Glass with every pair of raw materials on average, or 9.6 Molten Glass if you are utilizing Giant Seaweed. Apart from the Magic experience that it offers, you are also provided with a crafting experience of 10 per Buck of Sand. Like every other Lunar Spell, Superglass Make also requires you to complete the Lunar Diplomacy quest to cast it.

If you have a good concentration level, and if your timings are perfect, then you can expect about 50,000 Crafting and 30,000 Magic experience every hour. Although it is possible that you can gain over 90K Crafting and 60k Magic per hour if you’re good with your clicks. You are recommended to have a Smoke Battle Staff or a Tome of Fire and Staff of Air for unlimited Fire & Air rune supply. It also saves plenty of inventory spaces.

Casting Superglass Make spell with Giant Seaweed is quite a popular method among the Ironmen. The reason behind that is it helps gain Crafting experience and materials, as both; Buckets of Sand and Giant Seaweed can easily be collected in large quantities.

When you use Soda Ash and Buckets of Sand on a Furnace; the Molten Glass yield is 1.0, and if you use Superglass Make with Soda Ash and Buckets of Sand; the Molten Glass yield is 1.3. In a similar manner, when Giant Seaweeds are used on a fire, you obtain six Soda Ashes (if successfully cooked). However, in the case of Normal Seaweed, the ash obtained is one. But there are chances of failure, which would result in only one Soda Ash (in terms of Giant Seaweed). Also, Cooking Gauntlets don’t provide any benefits so it’s pointless to use them, but you can always make use of the effects provided by the cooking range in the Hosidius Kitchen. 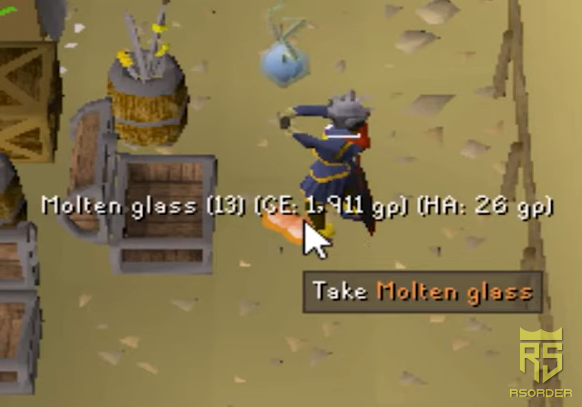 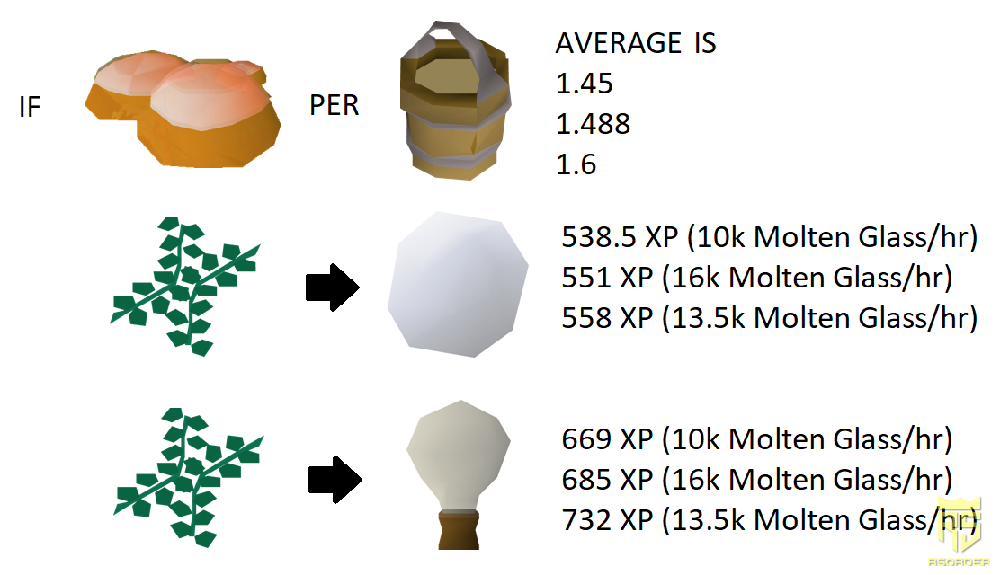 Welcome to the rsorder news page to learn more about the game, rsorder will provide more game guidance about Runescape!