Tai Bwo Wanna Trio is a follow-up of the quest Jungle Potion, where the chief of the village needs your help in reuniting with his sons. He wants you to seek each of them and help them with their particular tasks. In this quest, you have to aid one of the sons in defeating The Shaikahan, the other with seeking knowledge in catching Karambwans, and the third son with seeking some unusual stuff. Once the tasks have been completed, they’ll return to the village and reunite with their father. Do you think you can help them? Don’t worry, all you have to do is follow this quest guide for a smooth and easy journey. 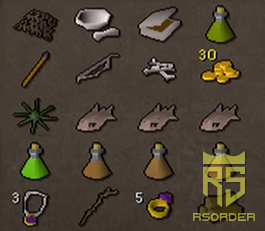 ● Knife, or a Bladed Weapon (Sword)

● Jogre Bones (Can be obtained during the quest)

● Sliced Banana (Can be obtained during the quest)

● Seaweed (Can be obtained during the quest)

● Rimmington / Ardougne Teleport, and OSRS Gold Coins (If you charter a ship to Brimhaven)

First, teleport to the Musa Point using your Amulet of Glory and pick a banana if you don’t have one. Turn your direction towards the south to reach the Karamja Spirits Bar, and from there purchase a Karamja Rum. Using your knife, slice the banana and add the sliced pieces into the rum. The rum may break as you leave the island, so make sure that you combine the banana with it before you leave. This item will be needed later in the quest, so hold onto it carefully. 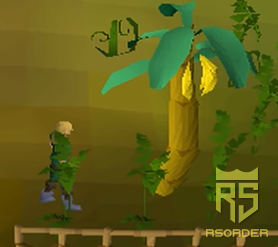 Now that you have the rum, head south to reach Tai Bwo Wannai village and speak to the NPC named Timfraku, who can be found residing in the house north-west. You can identify the location through the ‘quest icon’ on the mini-map. Tell Timfraku that Trufitus had sent you and talk to him again so that he can thank you for what you’ve done so far. What you have to do now is choose the option ‘So far??’ and he’ll ask you to reunite his sons for him; Tamayu, Tiadeche, and Tinsay. 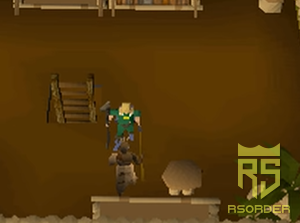 Tamayu can be found just south-east of the village, at the mining area. The first time you talk to him, he’ll say that he’ll only return to the village after defeating The Shaikahan. So, talk to him twice and offer your assistance in the following hunt. A cut scene will appear showing Tamayu failing to defeat Shaikahan due to lack of Strength, Health, and Agility. 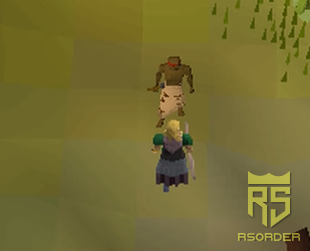 Travel southwest of where Tamayu stands and fish for Karambwanji at the pond. Fish for around 22 Raw Karambwanji and go to the fishing icon on the southern short of Brimhaven to talk to Lubufu. He will task you to catch 20 Karambwanji, so since you’ve already caught them, give it to him and ask him about the tool he uses to catch Karambwans. As the conversation follows, he will ask you to become his apprentice and provide you with a Karambwa Vessel, along with the knowledge that it must be filled with Karambwanji as bait. You’ll now be allowed to catch Raw Karambwans with 65 Fishing, and it is important that at this stage, you collect a few vessels, because you’ll need them for yourself, as well as the sons. Once that’s done, use the Raw Karambwanji on one of the vessels to fill it with the bait. 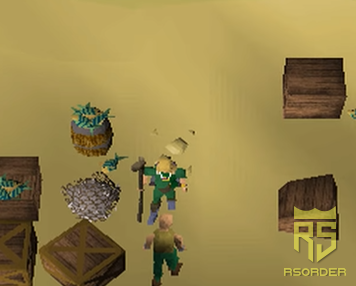 Tamayu’s part of the quest will be completed further.

Travel to the north-eastern corner of the Karamja jungle and fine Tiadeche. Speak to him and he’ll say that he’ll only go back to the village after learning how to fish Karambwans. Use the filled vessel on Tiadeche and he’ll give you a Raw Karambwan while asking you to visit his brother Tinsay.

While you’re already in this location, you can grab seaweeds from the nearby spawn area on the beach. Now, cook the Raw Karambwan that you had received to obtain a poisoned version, and then use the Pestle & Mortar on it to make Karambwan Paste. Use the paste on the Iron Spear to poison it, and head back to Tamayu by heading south (Cross the agility shortcut and run west to the mines). If you don’t have Jogre Bones, you can obtain it on the way back by killing one of the Jogre in the area. 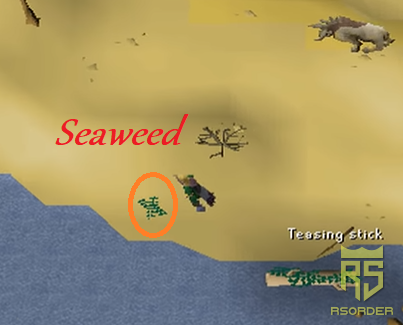 Once you return, use the spear, as well as an Agility Potion (4) on him and you’ll successfully be able to join the hunt. A cutscene will appear again, showing how Tamayu has defeated The Shaikahan. Before you head to the next part, kill a Money nearby and use its corpse on Tamayu to skin it.

Go to the Cairn Isle, which is an island located southwest of Karamja and south of Tai Bwo Wannai. Talk to Tinsay there, you’ll find him across the bridge. He’ll tell you that he’s trying to fix the Tribal Statue and that he has lost his sanity due to a Jogre. You must now obtain three special local items for him; Banana Rum, Seaweed Sandwich, and Marinated Jogre Bones.

You already have the Banana Rum as you obtained it at the starting of the quest. You also have Seaweed and Money Skin, so just use them on the other to make a Seaweed Sandwich. For Marinated Jogre Bones, use the Jogre Bones you obtained earlier – on a tinderbox to burn them. Pick up the burnt bones, and grind a Raw Karambwanji with the help of a Pestle & Mortar. The paste that you get as a result should be used on the burnt bones to create Pasty Jogre Bones. Now, simply cook the bones on fire to marinate them and obtain the desired item. Finally, hand the three items over to Tinsay. 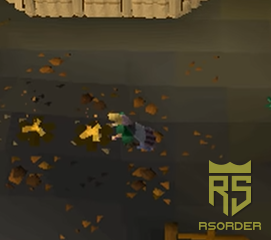 Use one of the Karambwan Vessels on Tinsay to receive a Crafting Manual. Deliver the manual to Tiadeche to have successfully helped all the three brothers with their tasks. They’ll all return to the Tai Bwo Wannai Village, so simply head back and speak to Timfraku to complete the quest(Also, you can choose RSorder to help you complete this quest!). Also, speak to the three sons one by one to gain experience in Cooking, Fishing, Attack and Strength. Congratulations!