What do you know about the Temple of the Eye quest?

Well, it’s an accompanying quest for the Guardians of the Rift minigame. It’s where you have to help the wizard named Presten investigate the effects of an Eye Amulet. The quest will lead to the discovery of the temple. 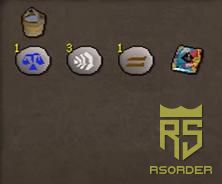 • A Bucket of Water

• Lumbridge Teleport/Amulet of Glory/Ring of Dueling to get to Al-Kharid. 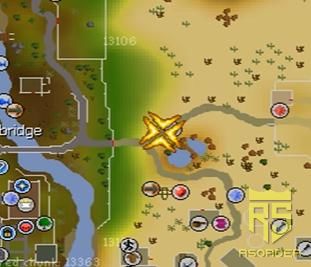 To start this quest, you’ll have to head north of the Pool of Water or Gnome Glider in Al-Kharid and speak to Wizard Presten. Ask her why she’s in Al-Kharid, and she’ll tell you that she’s here to purchase something valuable.

After that, she’ll ask you about the Abyss, and you have to tell her how you assisted the Zamorak Magical Institute to gain passage into the Rune Essence mine. She will then ask if you want to help her with something, and that’s when you agree to begin the quest.

Now, she’ll show you an Eye Amulet that was bought for 100 OSRS Gold from the Asgarnia Smith. The amulet was found near the Ruins of Uzer, and he sold it to her for cheap thinking that the item was junk. However, the amulet actually bears the symbol of the ‘Order of Wizard’ who are residing in the Wizard’s Tower. It contains two signatures; one of the Abyss and the other of the Rune Essence.

She’ll ask you to find the origin of the Eye Amulet by tracking its Abyssal Energy. But you’ll first need a spell for the trace to properly function within the Abyss. So, contact a person in the Z.M.I (Zamorak Magical Institute) to help. In the end, she’ll ask you not to disclose anything about how the amulet was acquired. 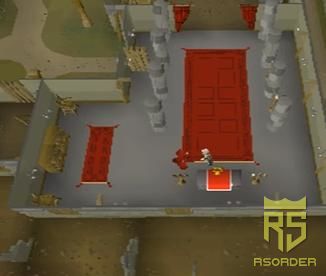 Go to the Altar of Zamorak which is located in the south-eastern part of Varrock and speak to the Mage of Zamorak. Tell him about the amulet, and he’ll cast a spell on it for you. He’ll also admit to the fact that the item is unusual and later request you to get him a Bucket of Water and a Strong Cup of Tea. Both can be obtained at the eastern gate of Varrock (Tea Seller).

Speak to the Tea Seller asking him for a Strong Cup of Tea. You’ll tell him about the mage requesting it, and he’ll give it to you. Now, head back to Herbert (Mage of Zamorak) and give it to him. 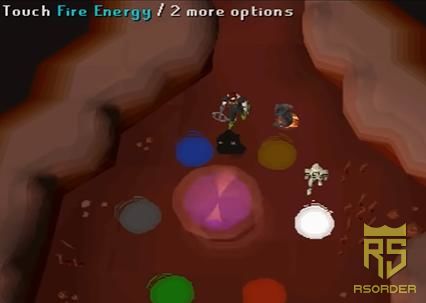 Next, you’ll be promoted to teleport at the center of the Abyss, and before that happens, Herbert will tell you that the Bucket of Water is for the Dark Mage. When you arrive, speak to the Dark Mage, and you’ll automatically be triggered to wash him.

Right after that, he’ll cast a spell on the unusual Eye Amulet using the rift. This will help compare the energy of the amulet with the one from the Runic Altars. You also need to help him out for the tracing spell to work.

The order of the Runic Energy is randomized for every player, so click each one of them until they all turn white, and then determine the order. For instance, when you turn energy to white, you need to move to the next one.

However, if it does not turn white, then you have to return to the first one that turned and then start again while memorizing the order as you go. Finally, when everything works out, the Dark Mage will give you an Abyssal Incantation to teleport directly to the amulet’s origin.

Head back to Wizard Presten in Al-Kharid, and she’ll cast a spell to disable the effects of the magic feed that was cast by the Zamorak Magical Institute. This will redirect the trace and give them false information.

Now, she’ll ask you to meet Archmage Sedridor for further assistance. You can find him wandering in the basement of the Wizard’s Tower, which is south of the Draynor Village. Speak to him about the incantations, and he’ll cast a spell to ensure that both, the amulet and incantation are secure.

Meanwhile, he’ll ask you to talk to Wizard Traiborn on the 2nd Floor, who’ll ask the assistance of his three apprentices in order to help you out with the incantation. However, you’ll first need to help them solve a puzzle. So, speak to the three to receive three different parts of the puzzle.

• From Wizard Apprentice Cordelia, you’ll receive the following – First Sentence: “Fire is four and Body are seven.” Second Sentence: “A thingummywut is less than three Water and more than three Air.”

• From Wizard Apprentice Felix, you’ll receive the following – First Sentence: “Water is six and Mind are eight.” Second Sentence: “A thingummywut is less than two Body and more than two Earth.”

• From Wizard Apprentice Tamara, you’ll receive the following – First Sentence: “Earth is five and Air is three.” Second Sentence: “A thingummywut is less than three Fire and more than one Mine.”

Keeping the given clues in mind, the answer would be 11. So, let Wizard Traiborn know about it.

Quickly return to the basement and speak to Wizard Sedridor again. He’ll tell you that the amulet and incantation are safe while agreeing to help you.

Next, a cutscene will trigger in which Wizard Traiborn’s apprentices and Wizard Presten cast the incantation that leads to the opening of a portal. Enter the portal with them to arrive at an underground temple. 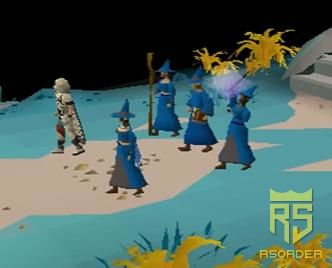 Now, Apprentice Tamara will cast the locator spell to find that they’re currently south of Morytania (below the sea). So, start exploring the temple and speak to the apprentices to know about the discoveries of the temple.

In the end, speak to Wizard Presten, who will examine the markings and bring it to your notice that they are radiating magical energy that she never came across. 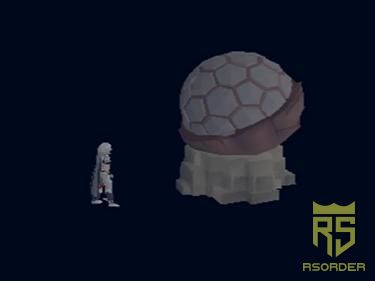 You’ll now experience a vision of a Mysterious Stone with two voices, which are of Justiciar Aliya and Justiciar Zachariah. They’ll be discussing how the stone (Eye) can be guarded, and that’s when you’ll discover about God Jas.

Upon learning about the mysterious discoveries, Wizard Presten will come to a conclusion that the Wizards of this temple have used the power of the Eye and Abyss to create different portals that lead to the Runic Altars.

Next, she’ll cast a spell to reveal more about the temple, which will lead to an opening of a rift, thus, sucking her inside. Several Abyssal monsters will emerge from it, and Apprentice Cordelia will cast a spell to kill them.

Guardians of the Rift (Part 5) 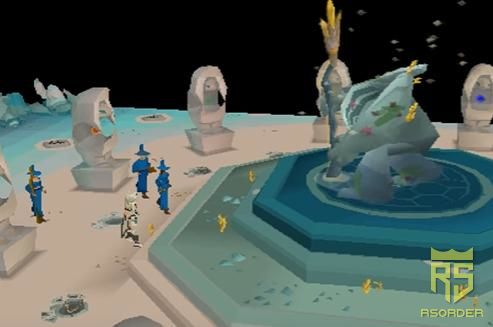 Finally, the Great Guardian will spawn in the center and ask you to help close the rift. This will serve as a tutorial for the Guardians of the Rift minigame.

Speak to Apprentice Felix, take a Weak Cell from the eastern table, bring it to Apprentice Tamara, and then place it in the inactive cell to make a barrier.

Next, head back to Felix, grab a Chisel from the table, assemble the essences into rune guardians, and speak to Tamara again. She’ll ask you to collect guardian fragments and assemble them into the essence.

Once the guardian has enough energy, a cutscene will come into play. The Great Guardian will close the rift and explain that the temple was made to hold the Stone of Jas. This was the following story of the ‘Betrayal of Zaros,’ which later led his servants to claim the Stone of Jas for themselves.

He’ll also tell you that since the Eye is no longer in the temple, the rift will reopen again, and the assistance of humanity will be required. The Wizard Apprentices will choose to stay and help the guardian, and everyone will presume that Wizard Presten is dead after falling into the most dreadful place in the Abyss called The Scar.

In the end, you need to inform everything to Wizard Sedridor. So, exit through the portal and speak to him. After a long explanation of what happened, This OSRS quest will be completed.