This quest is about two brother’s rivalries against each other. They are both princes of the islands Jatizso and Neitiznot that were set up just because of their hatred. However, a thread has emerged on these two islands from the trolls that reside in the north and you have to prove your loyalty to both the brothers, as well as save the people of the islands. Do you think you have the skills needed to help them? 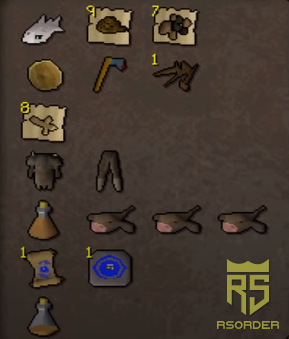 · A Neitiznot Shield, or 56 Woodcutting, Hammer and Bronze Nails.

· 40 Prayer to use Protect from Missiles

· A Cat-Speak Amulet (For an amusing dialogue during the initial conversation with the king).

· Prayer Potions (As there are no prayer altars nearby).

· Camelot Teleport (To teleport out of the cave after defeating the troll king).

· 56 Woodcutting to make a Neitiznot Shield.

A good recommendation would be to bring and equip a Neitiznot Shield from the very beginning as it will lower the Ranged attack damage from the trolls. Also, before you start the fight, you’ll be given items that are more than sufficient to defeat the boss, so choosing to ring your own is entirely up to you. 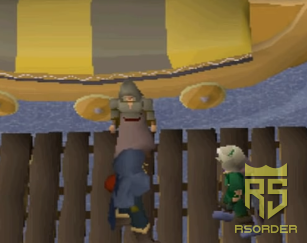 To start this quest, you must first speak to Mord Gunnars who is located in the northern-most docks of Rellekka. He’ll take you to Jatizso, and once you’re there, head to the check tiled room to speak to King Gujuki Sorvott IV. While you speak to him, his cat interrupts and the king will ask you to grab a tuna for him. If you already have one in your inventory, simply give it to him, or you can fish one from the south pier. You also have the option of buying it from the NPC named Flosi Dalksson located in the north-eastern house from where you stand. 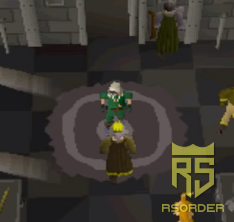 Once you give him the tune, also hand him either of the three ores that are mentioned in the ‘Items Required’ section above. In case you didn’t bring any along, you can mine them at the cave that is northeast from the west gate entrance. After you’ve given him the ores, pick jester clothes from the chest behind his throne and go back to Relleka to talk to Mord Gunners’ wife. 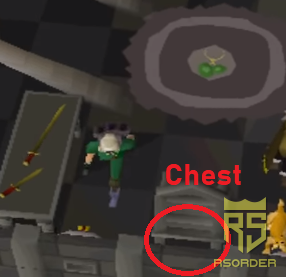 Her name is Maria and she’ll be the one to take you to Neitiznot. Put all the four pieces of jester costume on and make sure you have nothing else equipped, such as a weapon or shield. Go behind the island’s bank and talk to Slug Hemligssen while shouting “Free stuff please”. After that, speak to Mawnis Burowgar who can be found in the building south of the bank. Do everything he asks you to while wearing the costume so that he gets entertained. This is all just an act to hear the answers from the guards.

Now, head back to Slug Hemligssen and answer his questions in the order; 2 Days, 17 Militia, and 2 Bridges. Once you finish answering, speak to Mawnis again without the costume on. He’ll first ask you to bring 8 ropes, so if you don’t have any, you can choose to kill the Yaks outside and spin their hair at the spinning wheel (Can be identified by the Spinning Wheel icon on the mini-map). Next, he’ll ask you for 8 split logs, which requires you to have 56 Woodcutting in order to cut Arctic Pine Trees and split their logs on the stump that is located right in the middle of the village. In case you don’t have the woodcutting level, you can always buy them off another player. Mawnis will give you 1,000 gold coins for the ropes and 1,500 gold coins for the split logs. 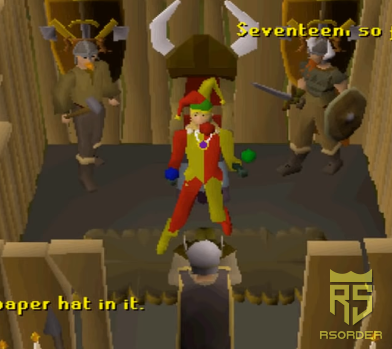 From there, you have to speak to the guard named Thakkrad Sigmundson, so that you’re allowed to repair the bridge. Along with eight split logs and ropes, you’ll also need a knife, so grab one and start repairing the broken parts of the bridge up north. You’ll also have trolls attacking you using Ranged while you repair it, so make sure you have Protect from Missiles prayer turned on. 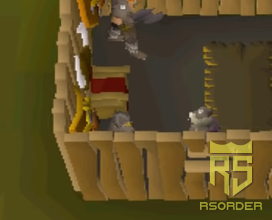 Once the bridge is repaired, speak to the king again and he’ll reward you 1,500 gold coins. He’ll then put up a request for you to investigate the troll caves. However, you must make sure that his brother (the other king) doesn’t take this in the wrong way.

Head back to Rellekka and use speak to Mord so that you can return to Jatizso and speak to the king. Gjuki Sorvott will tell you that he requires a tax collector for a new window tax and that the money is needed to pay the expenses of his army. So first, head to the armourers and speak to either Hring Hring or Raum Urda-Stein to receive 8,000 gold coins, then go to the Weaponsmith named Skuli Myrka to receive 6,000 coins. Similarly, speak to Flosi Dalksson or Keepa Kettilon at the general store or fish shop to receive 5,000 gold coins, and finally, head to the eating hall to speak to Vanligga Gastfrihet to collect 5,000 gold coins tax. 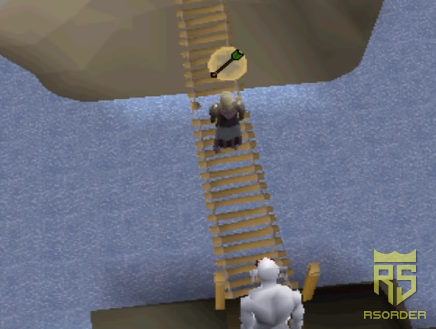 Return to the king and he’ll now ask you to collect OSRS GP for a newly invented tax. So, collect it from Raum Urda-Stein, Hring Hring, Skuli Myrka, Flosi Dalksson, and Keppa Kettilon to have a total of 29,000 gold coins in your tax bag at the end. Hand the goods over to the king to get another task, which is to spy. For this, you’ll have to go back to Neitiznot and speak to Slug who is a spymaster. 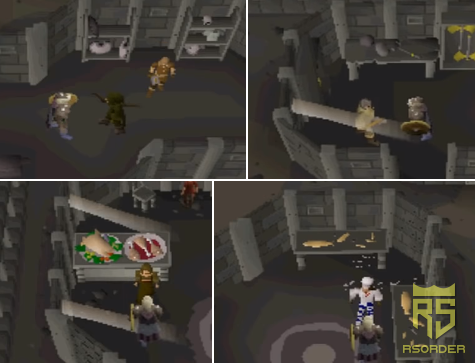 Go back to slug and he’ll give you another assignment wearing the jester costume. Get the answers that he needs while you entertain the others, and give it to him in the order; Etceteria, some potions, and I have been helping. He’ll reward you with 2,500 RS gold coins when you give him the answers and ask you to visit King Gujki to give him an update. 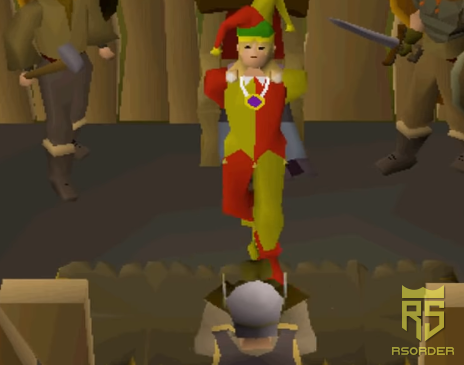 The king will hand you a royal decree that needs to be delivered to Mawnis Burowgar. Hop the island and hand him the decree. Also, remove the jester costume before you talk to him. Speak to Thakkrad Sigmundson and he’ll ask you to make Yak-hide armour using three Cured Yak-hides, Needle, and Thread. You can cure the hides by speaking to Thakkrad himself with 15 gold coins in your inventory. To learn how to make the shield, you’ll have to speak to King Burowgar. For this, you’ll require two Arctic Pine Logs, One Bronze Nail, Hammer, and Rope, and it can be made on the stump in the middle of the village (where you split the logs). In case you don’t have the levels, you can buy them off from other players. 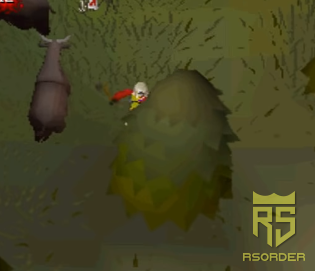 Once you’re ready, equip the items and head to the eastern section of the northernmost isle. During your journey there, you’ll be hit by countless trolls, so make sure you have your prayer on at all times. Ignore them and focus on the destination, as you once reach there, they won’t be following you around. Once you reach, a cutscene will begin showing that the King’s men have arrived to help you kill the ten trolls. Speak to Bork Sigmundson to receive 10 Tunas, 2-3 Strength Potions, and 2-3 Prayer Potions before the fight begins. 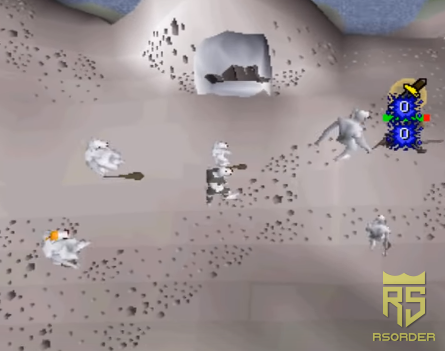 A useful strategy would be to let the King’s men defeat the ten trolls, and when they’re close to death, you can jump in with the final strike. This will save tons of food and potions.

Once you defeat the trolls a message on your screen will suddenly appear allowing you to cross the bridge to the Ice Troll King. Before crossing the bridge turn on Protect from Magic, as when you cross a cutscene will trigger showing that he’s coming close to you and landing the first attack. The king is level 122 and uses attacks from every combat style. The best way to defeat him is by turning Protect from Magic on to avoid his magic attacks, and equipping the Neitiznot shield to lower his Ranged attack damage. The only option that would be left is Melee, so you can now without a worry defeat him easily. 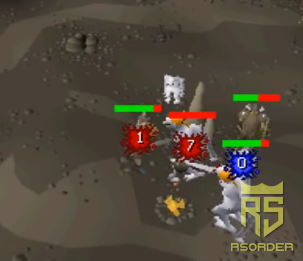 Once he’s defeated, tear his head off from his body and teleport away or use the same way you came here. Finally, speak to King Burowgar at Neitiznot and the quest will be completed!