North-east of the Gnome Stronghold lies a tree that shelters the Gnome community of OSRS. Thus, getting the title of ‘The Grand Tree’. However, it is on the stage of death, but no one is sure whether it’s the job of a human or someone on the inside. In this quest, you have to help King Shareen investigate the cause of this mishappening and save the community that resides within the stronghold. You can get the required Skills and Items needed from RSorder!

● 1,000 Gold Coins (Not required if you’ve helped Femi / completed the Tree Gnome Village quest, and you plan to use the Spirit Trees).

● Items or Runes to reach Hazelmere (located east of Yanille) / You can also use the Nightmare Zone Minigame Teleport to get there.

● Necklace of Passage (To teleport to the Tree Gnome Stronghold) 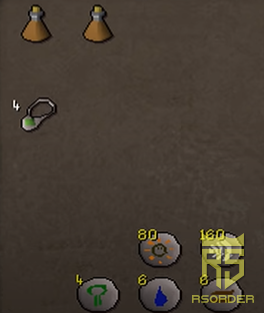 To start this quest, you must first speak to King Narnode Shareen, who can be found on the 1st floor of the Grand Tree. He will take you to the underground and show you the difficulties they are facing while asking for your help. At the end of the conversation, he’ll give you a Bark Sample and Translation Book, which needs to be taken to Hazelmere, located on a small island just east of Yanille. 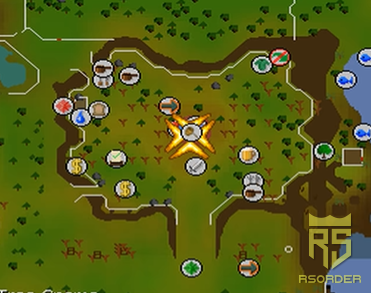 Speak to him and you won’t be able to understand his language, but you’ll be able to communicate with him using Sign Language. He’ll start to examine the Bark Sample that was given to you by the king, and in return, you’ll receive a message, which reads: “A man came to me with the King's seal. I gave the man Daconia rocks. And Daconia rocks will kill the tree!”. 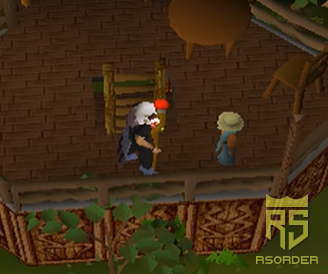 Head back to the king and inform him about the message received. He’ll ask you for the translation, so choose the options that are offered in the chat box. He will then explain the situation that someone used his seal to make Hazelmere give away Daconia Rock, and these rocks can kill the tree. Next, he’ll direct you towards Glough, who is the tree guardian head. You can find him by first heading south, and then east of the ramp inside a treehouse. Speak to him and he’ll tell you that he’ll handle the problem. 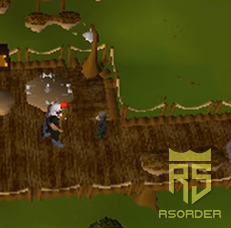 So, go back to the king and he’ll inform you that Glough has captured a human, who was caught with the Daconia Rocks in his pocket. Talk to the king again and he’ll tell you that the prisoner is located on the top-most floor of the Grand Tree. His name is Charlie and he’ll confess that he got the rocks from Hazelmere. However, that is just a lie and it’s what Glough asked him to say. He’ll then tell you to search Glough’s house, so go back there and search his cupboard to find a Journal. You’ll now have to speak to Glough about it, but doing so will make him throw you into a cell next to Charlie.

Speak to Charlie there, who’ll inform you about a Ship Yard on Karamja, while providing you with a password to access it; Ka-Lu-Min. After the conversation ends, the king will appear and apologise to you for being imprisoned by Glough. With the guards watching the entrance, he’ll tell you to escape using the Gnome Glider on the roof of the Grand Tree. Speak to the pilot there for a safe journey to the Ship Yard. 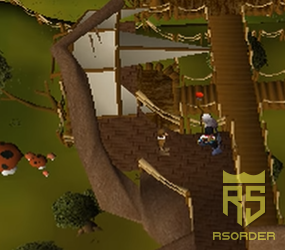 However, the journey won’t be that safe, because the pilot will crash land a little west of the Ship Yard. Run east from where you stand and attempt to open the gates of the Ship Yard. A Shipyard Worker will stop you and ask you for the password to enter after you tell him that Glough had sent you. Give him the password and go to the southern section of the docks to find Foreman. Here, you’ll have two options; either kill him (Level 23) or talk to him. It doesn’t matter, because you’ll get the information on Glough’s plan either way. 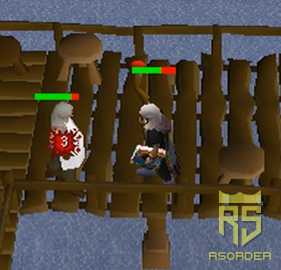 If you choose to talk to him, he’ll take you to a private place and ask you a few questions; How is his wife? A: Sadly, his wife is no longer with us, What’s his favourite dish? A: Wormholes, and what’s his new girlfriend's name? A: Anita. Once you’re done, you’ll get the Lumber Order, so just return to the Grand Tree by using a Spirit Tree, or by talking to Femi at the front gate to sneak you in. If you’ve not helped her before, she’ll charge you with 1,000 OSRS Gold Coins. 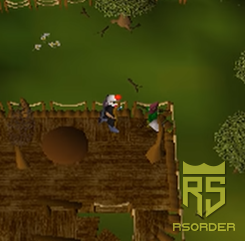 When you show the note to the king, he won’t believe you and ask you to leave for your own safety. Go to where Charlie is prisoned and he’ll ask you to speak to Anita, who is Glough’s girlfriend. She can be found residing in the swamp north-west of the Grand Tree (north-western-most house). Upon speaking to her, she’ll give you a key that needs to be handed over to Glough. So, go to his house and use the key to open the chest there, within which, you’ll find notes that consist of a detailed plan in seizing control over Geilinor. 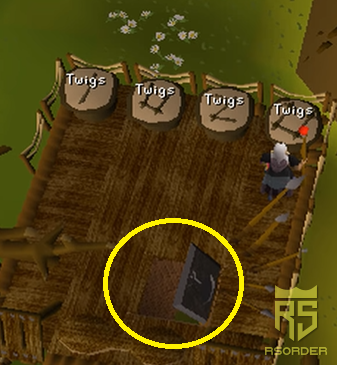 Take the notes back to the king, and he’ll still not believe you, because, during the search of Glough’s house, all they found were bundles of twigs. The king will give you the twigs, so go back to Glough’s house and climb the watchtower using your agility skill. You’ll notice a stone stand and four pillars there, where you have to place the twigs on each pillar starting from the left side. Do that and you’ll hear the sound of gears turning. This will trigger and open a trap door where you’ll encounter a Black Demon. 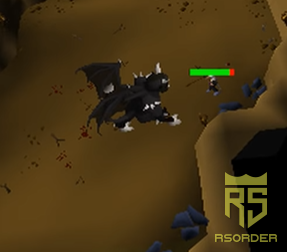 Get equipped and when you enter the trap door, Glough will appear to talk to you. He’ll start to threaten you by saying that he’ll wipe out the human race. Once he stops talking, a Black Demon will appear and attack you. You can choose to Range or Mage the demon from a distance, using a safe spot that is located where Glough stands during the fight. However, there’s still a possibility that the demon will attack you, which is when you can choose to move behind a different rock. Melee would be a fast option if you have a good weapon because you need to kill the demon in under 8 – 9 minutes or it’ll disappear and you’ll have to restart the fight. 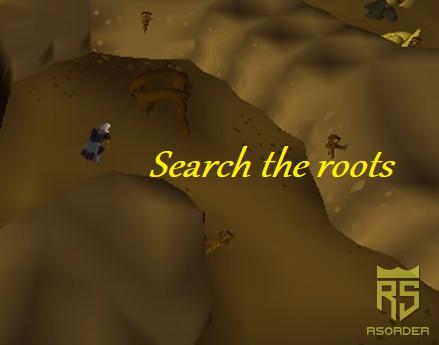 Once you’ve defeated the demon, speak to the king who will be standing by a ladder along the dungeon passage. He won’t believe you that a demon was sent to kill you until he sends his guards to scout for Glough and finds him hiding behind the rocks. After that, you’ll be tasked to find the last Daconia Rock which can be in any of the Grand Tree’s roots. It may take some time, but after you’re found it, speak to the king again to complete the quest!