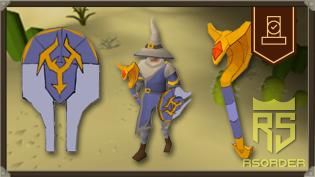 Looks like the OSRS development team hasn’t forgotten about the rewards for Tombs of Amascut. In the following guide, we will be discussing the various new rewards introduced in the game for defeating the Angel of Death. 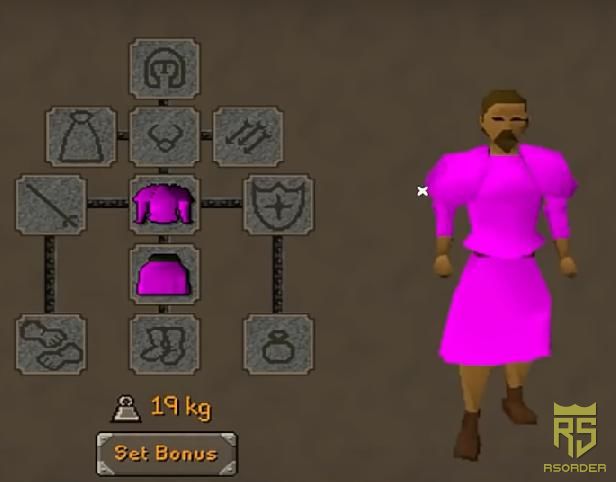 The biggest rework would be the removal of the Low Life effect, alongside the introduction of additional Dodge mechanics in the Masori Armor. The set now consists of a Helmet, Chest Plate, and Chain Skirt, with no Amulet. You can upgrade the Masori Armor by using plates broken down from the Armadyl Armor and crafting them onto the set.

Heka of Tumeken is a magical weapon similar to a wand, and it required 85 Magic to wield. It has a Built-In spell that consumes one Soul and three Chaos Runes per cast. The base attack is the same with every fourth hit (attack rate of two cycles), where a bigger attack is launched and a longer delay takes place. 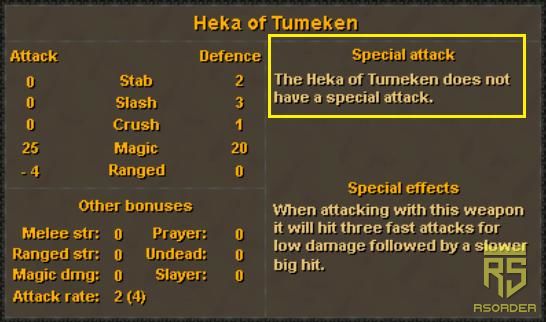 Instead of scaling according to the Magic Strength, the weapon will now release a Special Attack depending on your spellbook. It will also unleash a more powerful fourth attack, allowing you to keep a wider preference of builds in mind. 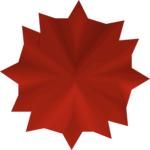 The Ward of Elidinis hasn’t been tweaked much by the OSRS development team. It is a new best-in-slot Magical shield that can be obtained as a rate loot from the Tombs of Amascut. You can combine the loot (Broken Ward) with an Arcane Sigil and 10,000 Soul Runes to repair the ward. 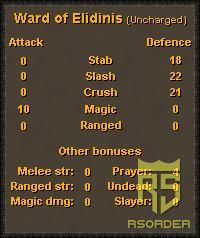 You need 80 Magic, 80 Defence, and 80 Prayer to equip it. You can equip both versions of the shield (broken and repaired), with only the broken version being a tradeable item. You can dismantle the ward at any given time to recover the Sigil and the Broken Ward; however, the Soul Runes will be lost for good.

There were no changes made to the Lightbearer, which is a ring with no Attack, Defence, or other bonuses. It does offer a unique effect to regenerate your Special Attack energy 100% faster.

Osmumten’s Fang, a five-cycle weapon that does immense damage on Stab attack style. It is decently effective against low-defense enemies, but it excels way further against beasts with high defense. The damage-per-second output is similar to Rapier-tier weapons on low-defense enemies, and the damage is much greater on mobs with higher defense. 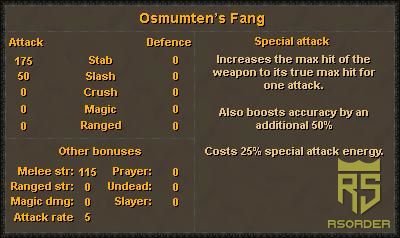 With a requirement of level 82 Attack to equip, the Fang will also include a Special Attack that increases the max hit to its full potential (for one hit) and boosts the accuracy by 50%. For instance, if the max hit was 60, then the roll would be 9 to 60 (if the accuracy is successfully passed).

The new aspect of the weapon will be similar to the Crystal Halberd and other Spears, meaning it will deal full damage using the Stab attack style on the Corporeal Beast. The OSRS development team will also be removing the fifty-damage cap that the Corporeal Beast currently possesses.

Tombs of Amascut will also be introducing a new component called Lily of the Sand. When the item is combined with a Dwarf Weed, you’ll be able to create a new Stat Renewal Potions; however, the requirement to make the potion will be level 71 in Herblore and will grant about 150 XP per mix.

It’ll have the same effects as an Overload in terms of stat-renewal, so if your stats are below the base level, then the potion will easily restore them. The effect will last for a total of five minutes while restoring 16% of your skill level (+6).

Since the developers want the players to have an easy way to access the instance, they have decided to introduce new additions to the Pharoah’s Sceptre. Firstly, the charges that the Sceptre can hold will significantly be increased, but that’ll depend on your progress in the Desert Diaries.

Secondly, the uncharged version of the Sceptre will only be tradeable, and any version with additional charges would act as Xeric’s Talisman. In other words, there will no longer be eight different Sceptres (one per charge), and there will only be two versions (charged & uncharged). Also, you’ll have the ability to manually discharge a Sceptre at any point so that it becomes tradeable.

Next, if you use the Sceptre on the Obelisk outside the raid, you’ll get an additional teleport unlocked, which will allow you to teleport close to the raid. Though, it’ll only be possible after completing Beneath Cursed Sands.

Besides that, the team is also thinking of tidying up the right-click menu to have Teleport and Teleport to Previous options on the Sceptre. Lastly, the item would be recolored and made untradeable after completing its attunement.

Did you get OSRS Tombs of Amascut Rewards? Hope this article can help you! With over 10 years of experience in the RuneScape industry, RSorder provides you with all kinds of guidance and strategies for RuneScape games, and also offers cheap osrs gold for sale!