Finally, the time is about to arrive soon, where a new raid will be released on the Old School RuneScape platform in the early months of 2022. I think each one of us has been dreaming to return and participate in another fun event released by the OSRS team. So, let’s look into what it has to offer. For other needs, you can visit RSorder. 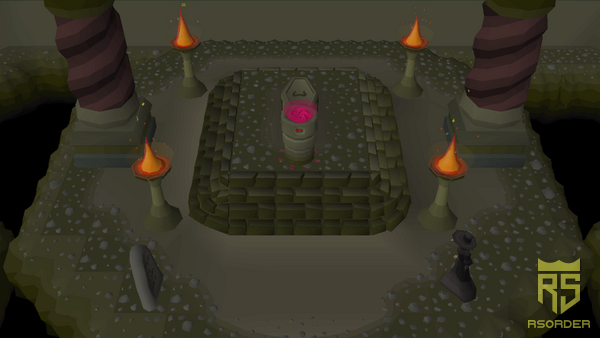 The Tombs of Amascut is going to be a new addition to the game, which will have amazing featured equipment, bosses and rewards. The fun fact is that you don’t have to wait around, as you can log into the Beta World today and try it yourself. You can visit any of the blue-highlighted worlds on the world-changing interface, which is; W407, W408, and W412.

Once you log into the Beta World, you will have every reward item added to your inventory, and there will be much more shocking goodies when you open up your bank. Since many of the added rewards will be obtained through PVM, access to Inferno has also been enabled in the Beta World. 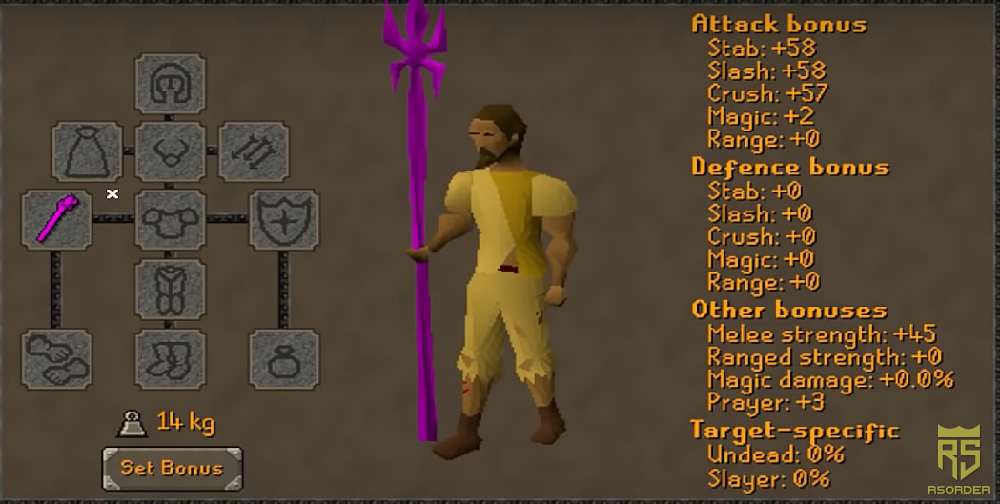 You will have an opportunity to upgrade your Keris into a Keris Partisan after completing the quest Beneath Cursed Sands. The item is obtained from the Tombs of Amascut raid, and it is a powerful one-handed weapon that has an available socket where you can insert different types of jewels. Doing so will provide unique effects to it, and you can only insert one jewel at a time. However, if you do remove one, you can save it up and insert it later (it won’t disappear or become useless).

● Eye of the Corrupter: If you insert this jewel, it will add a damage-over-time effect to any NPC that you deal damage on within the raid. However, you cannot stack the effects on the same enemy multiple times, but you can affect multiple enemies at the same time.

● Jewel of the Sun: If you insert this jewel, it will add a de-buff on whomever you deal damage upon. In simpler words, it will result in the enemy taking higher damage for a particular time period.

● Breach of the Scarab: If you insert this jewel, it will provide you with an additional accuracy boost of 33%, when fighting against monsters like Kalphites, Beetles, or Scarabs. 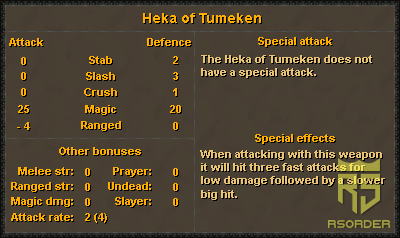 It’s time to introduce the first powered wand, named Heka of Tumeken, which is a fast-attacking wand with a built-in spell of its own. Basically, it attacks three times, which causes low damage, but when the fourth attack is about to strike, it will launch a much powerful and slower projectile. Probably the only weapon that has such a variable attack speed, making it a very special item. 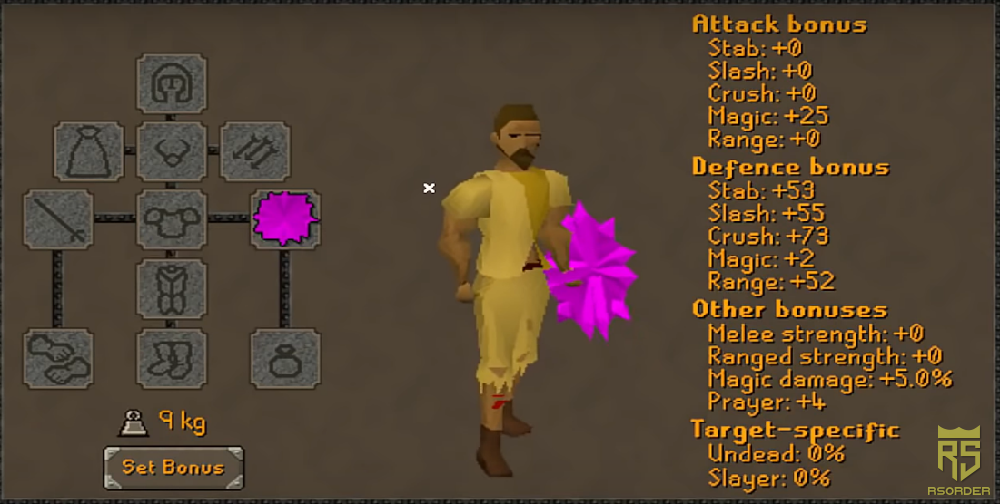 Ward of Elidinis is the best-in-slot Magic Shield, which can be obtained from the Tombs of Amascut raid in the form of a rare reward. However, the shield that you receive will be completely broken, and you can sell it if you wish to, because it’s tradeable. Obviously, there’s a catch – you can restore it to its full power by combining it with an Arcane Sigil and ten thousand Soul Runes.

The Masori Armour is a uniquely designed armour set that provides a low-life effect, and this effect boosts up your accuracy and damage when your HP is below 40%. It’s quite a powerful offensive armour that can be used wisely during encounters (similar to Dharok). However, when the HP is above 40%, the equipment will have a genuine range, but a weak defensive stat. 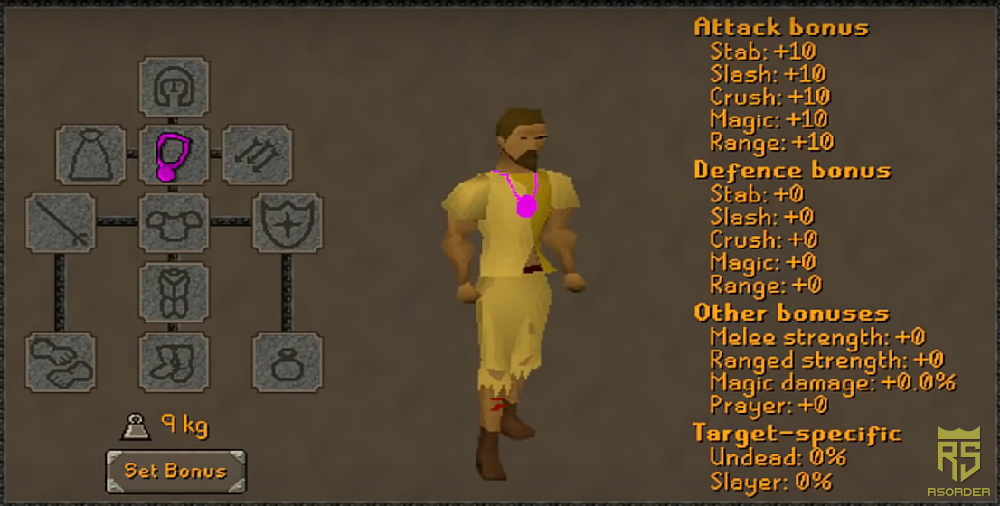 Similarly, there’s the Masori Amulet, which allows you to activate the low-life effect. Once you equip it, you will be able to damage the enemy every three cycles for 15% of their current HP, and it’ll cease damage when you reach 40% of your health or below. 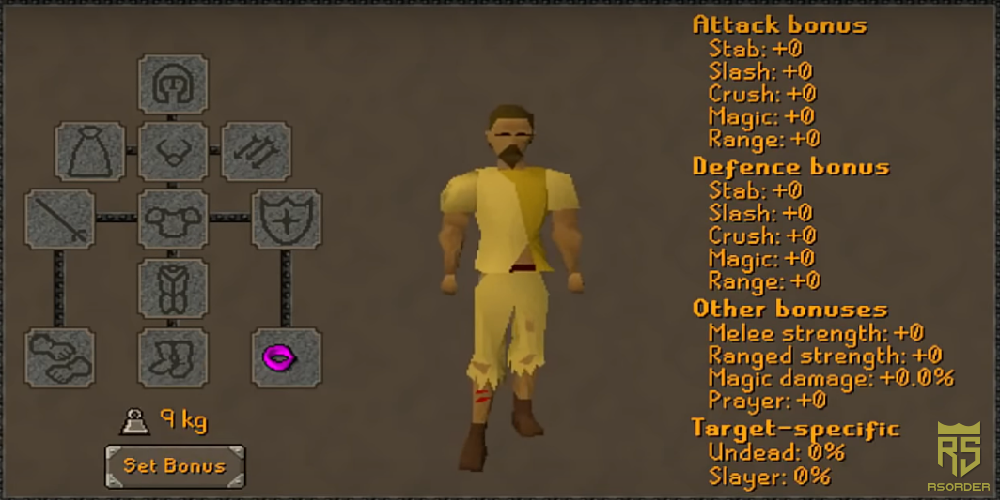 A newly added ring that allows you to double the restoration rate of your special attack. A fun fact is that the item doesn’t degrade, and it’s tradeable. If you unequip the item, it will result in your special attack restore timer reset, and there are literally zero requirements to equip this item. However, unlike the other rings, there are no special stats given to it, but it can be quite useful during PVM (Player Vs Monster) or PVP (Player Vs Player) battles. Oh, and skilling too! 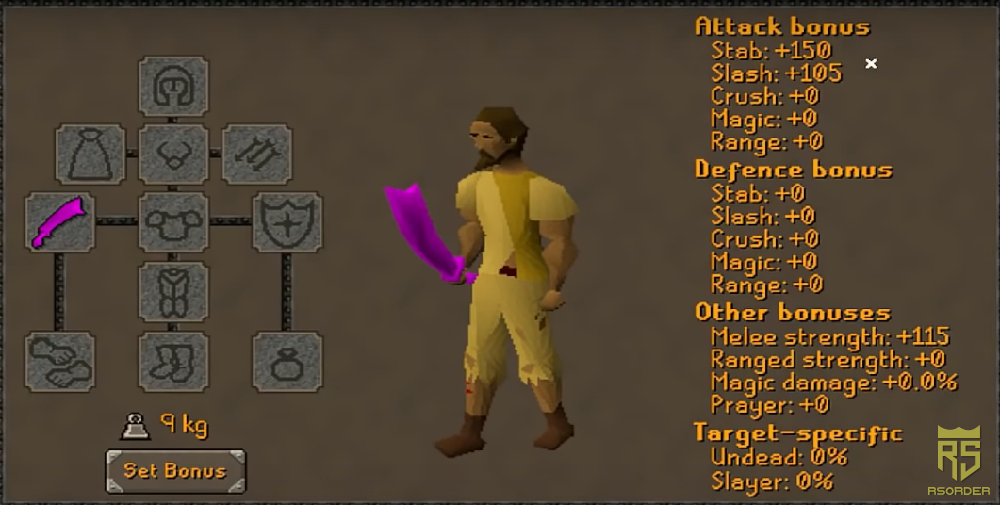 Another amazing addition is the Osmumten’s Khopesh, which is a perfect OSRS item when fighting against enemies with high defence. It works well against low defence enemies too, but it isn’t that ideal because of its slower, but accurate damaging ticks. It also has a special attack that increases the maximum hit of the weapon to its full potential for just one hit, while consuming up to 50% of your special attack energy. Other than that, when the special attack is used, it provides an additional boost of 50% in your accuracy.