TzHaar City is also known as Mor Ul Rek, which can be found underneath Karamja Island’s Volcano. The city is populated with TzHaar’s, who are of the golem race and look like volcanic creatures. The currency here is Tokkul, and the area has many combat-based minigames, as well as requires the item ‘Fire Cape’ to access most parts of the city. The translated words of Mor, Ul, Rek is Old or Retired, Circle or Ring and Young or Youth. 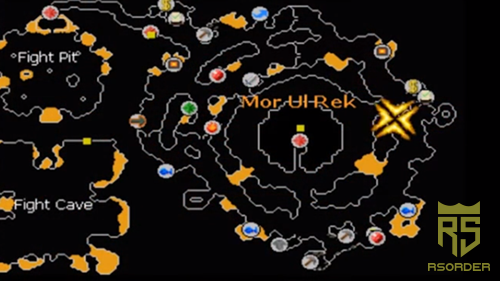 This city was founded by TzHaar’s and it consists of four castes; The Ket, Mej, Hur and Xil. The Ket’s (Level 149 & 221) are in charge of patrolling the city to protect from any outer danger. The Mej’s (Level 103) are known to be advisors, who are wise enough to also be leaders. The Hur’s (Level 74) are in charge of crafting equipment and other various items. The Xil’s (Level 133) are in charge of hunting creatures to feed the city people. Humans who are allowed to enter the city are known as JalYt, who have established good ties with the people of the city and are trusted to enter. To show your worthiness, you must equip a Fire Cape and enter the biggest section of the city, while proving it to the guards visually. Aside from that, if you have once entered using your cape, you are not required to wear it again and can enter without it. 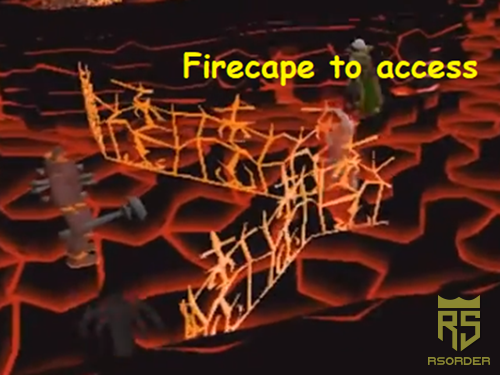 To gain ancient knowledge at a higher level, TzHaar’s placed their eggs deeper into the incubation chamber that helped them gain memories of their ancestors. However, this resulted in all the lava being sucked in and the discovery of a new ancient incubation chamber. The drawback was that any eggs placed in the ancient chamber would turn the hatched egg-lings into monsters. This is how one of the monsters named TzKal-Zul was created, who is also the last NPC to be fought against in the inferno mini-game and is also the second strongest monster in all of RuneScape. He is feared by all, and one must sacrifice his/her fire cape for an attempt to defeat him. 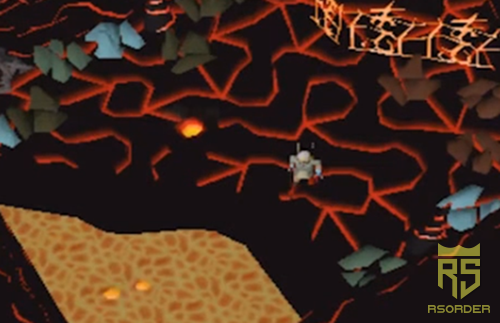 The outer area of Mor Ul Rek consists of a bank, which is guarded by TzHaar-Ket-Zul and is located in the northern section of the city. There is a mine that has three silver and three gold rock, located right next to the bank. A Lava Forge is also located here to smelt various ores, as well as OSRS gold and silver items. There is a gem shop run by TzHaar-Hur-Lek, which is the only place where players can buy an uncut onyx for a price of 300,000 Tokkul. You can also find a weapons shop run by TzHaar-Hur-Tel, which has many Obsidian crafted items, a runes shop run by TzHaar-Mej-Roh, a fairy ring for easy teleportation, and other fight cave minigames, as well as the fight pit. 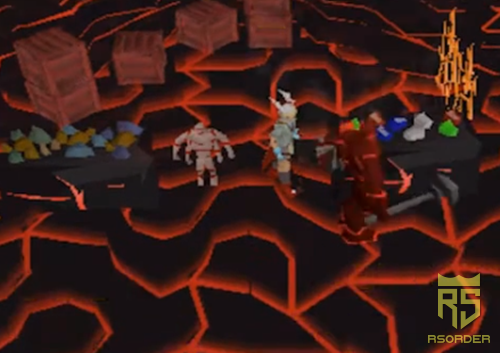 The inner area of Mor Ul Rek consists of a bank, which is guarded by TzHaar-Ket-Yil and has a sulphur vent close to it, making it one of the best spots to raise your cooking levels. There are 2 resting chambers here, run by TzHaar-Mej-Bal and TzHaar-Mej-Dir, which is used for the people of TzHaar to lengthen their lives and is of no real use to in-game players. A minigame involving JalTok-Jads, as well as the inferno minigame can also be accessed through this area. There is a Gem & Obsidian shop run by TzHaar-Hur-Rin and TzHaar-Hur-Zal respectively, which are similar to the ones in the outer area, but with larger stock. You can also find a second forge north-west of the bank, a mine containing 7 gold, 6 silver, 4 coal, 3 iron, 2 adamantite, and 3 runite rocks, an NPC named TzHaar-Hur who can be pickpocketed to gain thieving experience, as well a gem and ore stall that required 75 and 82 thieving respectively to steal. Apart from this, the TzHaar-Ket’s here drop Obsidian armour pieces, and there is a fishing spot where you can catch infernal eels.