A young child residing in the city of Taverley has kicked his ball right into the garden of an old lady who is known to be scary by her looks. He wants someone to get it back for him, and even though it sounds easy, the quest proves to be difficult. So, do you think you have it in you to help the young child? 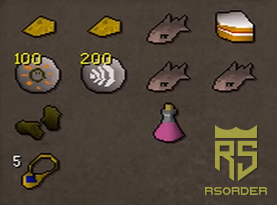 You need the following two items; Cheese and Leather Gloves. Aside from that, it’s recommended that you have four free inventory spaces and bring along a Weapon, Armor, and some food to defeat the four of the Witch’s Experiments of levels 19, 30, 43, and 53. 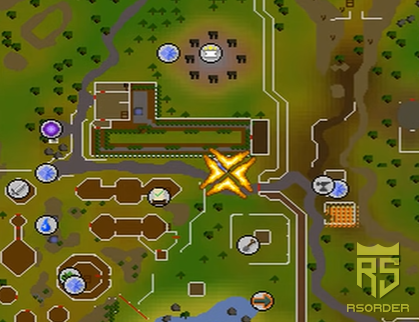 To start this quest, you must first head to the city of Taverley and speak to the boy located near the eastern entrance of the city. He will inform you about how he kicked his ball over the hedge and right into an old lady’s garden. The old lady is actually a Witch who put the ball in her shed. He will then ask you for your help to retrieve the ball.

Now head west and then north around the hedge to reach the front door of the house. Since the door is locked, look underneath the pot that is north of the door to obtain a Door Key. Use it to enter the house and read the diary on the table.

Make your way to the northern room to climb down the ladder and enter the basement. If you don’t have a pair of Leather Gloves on you, you can search the boxes to obtain one. Equip the gloves, walk through the gate, and then search the cupboard to find a Magnet. You need to head back upstairs and go to the southern room with a door that leads directly into the garden. Drop the Cheese in your inventory to trigger a mouse to come out, and after that, use the Magnet you found on the mouse to unlock the door. 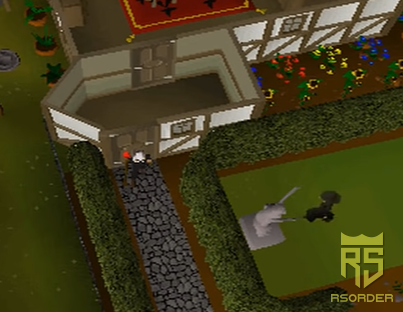 Enter the garden to see the Witch backing back and forth. You cannot walk through the garden so make your way around it. Also, you have to use the bushes there as a cover until you reach the fountain, because if the Witch catches you, then you have to repeat the entire process. Upon reaching the fountain, search it to obtain another Key.

Now, head to the shed and use the key on its door to open it. Don’t take the ball just yet or else the Witch’s Experiments will lower your stats. Instead, attack the NPC and each time you defeat its form, it will change to a stronger one. Note that you have to kill the experiment four times until it’s actually defeated. The first phase is a level 19 Skavid, followed by a level 30 Spider, a level 42 Bear, and a level 53 wolf. Also, if you fee in between the ongoing battle, you will have to start over again. 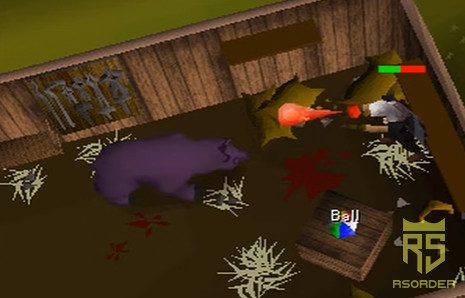 The following information is for players who want to use Ring of Recoils. The NPCs have a total HP of 144 (21, 31, 41, and 51, respectively). So, four or more rings are required as they break upon reflecting 40 damage. The max hit of each form increases by 1, so for instance, if the max hit of Skavid is 1, then the final wolf form will have a max hit of 5. It’s recommended that you bring good food depending upon your HP level and purple sweets. If you don’t want to tank much, you can simply bring a Bone Dagger (P++) or Super Poisoned Iron Knives and attack until they are poisoned. After that, you can just hide behind the table and wait for the NPC to die. It’s worth noting that you cannot use a Dwarf Multi-Cannon here.

You can safe-spot the first and second forms with Magic or Flinched (Melee) by standing at the north-eastern corner of the room and waiting for the experiment to move south of you. Once they do, run right past it towards the south, and then walk on top of it. Finally, walk one tile west to be in a position diagonally from the experiments.

Similarly, you can also safe-spot the third and fourth forms by heading south of the shed, right between the crate and the sacks. You can use Ranged or Magic attack styles to kill the last two forms. 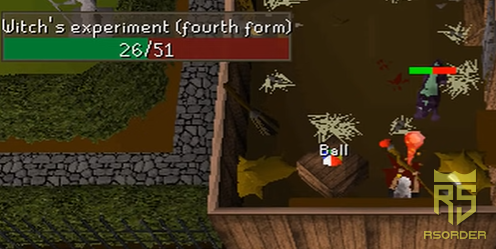 Once you have successfully defeated the four forms, take the ball and leave. Also, don’t let the Witch notice you, or she will end up teleporting you outside and the retrieved ball will no longer be in your possession. Finally, return to the child and give him the ball to complete the quest!

Thanks for reading OSRS Witch's House Quest Guide, I hope it will be helpful to you, RSorder also provides various OSRS Quest Services! You can visit our site. Other products are also available, for example, you can buy RuneScape gold at the cheapest price.