GWD, also known as the God Wars Dungeon is a multi-combat cave, located east of The Forgotten Cemetery (Level 28 Wilderness). Within it, resides monsters or creatures from the main God Wars Dungeon, and it was opened for them after an underground tremor had occurred. Thus, causing a deep crack to open, which led the monsters to climb through it and enter the cave. Like the main God Wars Dungeon, monsters residing within it are aggressive to any player who doesn’t have an item equipped that relates to their respective gods. Also, it should be brought to light that the entire region is counted as a part of the Wilderness, so the chances of players attacking you there is likely high. 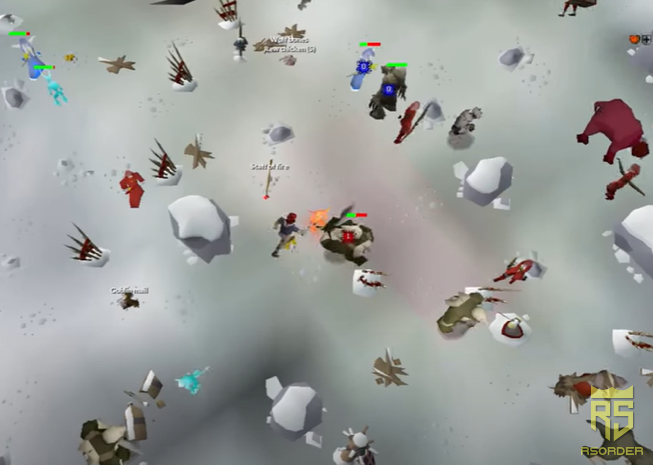 How do you get there?

Since the cave or dungeon is located deep within the Wilderness, you must travel through the dreadful region to reach the God Wars Dungeon. You can use the Wilderness Obelisk, and the closest one is in level 27 Wilderness, which is east-southeast of the entrance. The Obelisk system can also be accessed through a Player-Owned House (POH. Requirement: 80 Construction), or through the Corporeal Beast’s (OSRS Boss) cave teleport, and then heading southeast to reach the level 19 Wilderness Obelisk. If you have completed the Wilderness Diary (Hard), then you can select the destination of the obelisk.

Alternatively, you can cast the Cemetery Teleport from the Arceuus Spellbook, or use a Teleportation Tablet to get to The Forgotten Cemetery, and then run east to reach the cave. Similarly, you can cast the Dareeyak Teleport from the Ancient Spellbook, or use a Dareeyak Teleportation Tablet to get to the Ruins (level 23 Wilderness). However, both require the completion of the Desert Treasure quest.

You can also use a Burning Amulet to reach the Bandit Camps, and then run west, followed by north, or use the Agility Shortcut in Trollheim, which places you much closer to the cave than running from Edgeville (Requirement: 64 Agility). The final means of reaching the God Wars Dungeon is by running directly from Edgeville.

The dungeon has an empty cavern that splits into two different paths – The first one leads to a boulder that can be moved if you have 60 Strength. The second one leads to a jutting wall that you can pass through if you have 60 Agility. You can boost both the skills to move ahead. Behind the obstacles, you will find a small crevice that leads to the main dungeon. So, if you take the Agility path, you will end up near Bandos’ troops, whereas, if you take the Strength path, you will end up near Armadyl’s troops.

The empty caverns are basically a single-way combat zone, while the large caverns are a multi-way zone in which the followers battle against each other. The dungeon has the same mechanics as the main one, where you can equip an item of the respective gods to make the creatures unaggressive. For instance, the Bandos item will make the Bandos’ troops unaggressive towards you. The only difference in this dungeon, as compared to the main one, is that the layout of the faction CAMPS in the dungeon, so the fighting is less amongst the monsters. 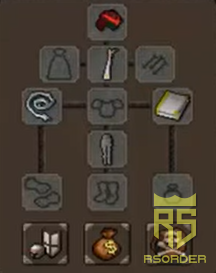 The notable item that you can receive here is the Ecumenical Keys; dropped by every monster residing in the cave. You can have up to 3, 4, or 5 of these keys in your bank, which increases as you complete the Wilderness Diary tasks. The key is used to skip the forty kill counts that are needed to enter the General’s (Boss) room in the main God Wars Dungeon. These keys are often utilized to skip the kill counts for Armadyl and Saradomin since they take more time as compared to Zamorak and Bandos. If you have completed Hard Fremennik Diary, the Aviansies in the Wilderness GWD will start to drop noted Adamantite Bars, which is similar to the case of the main GWD Dungeon.

Although the area is quite dangerous because of player killers wandering around searching for potential kills, it is a great spot if you’re on Spiritual Creature Task and you cannot kill mages, because you have the option to kill the Warriors and Rangers present in the Saradomin section of the cave. Another plus point is that you can quickly teleport out if you feel that you are in danger because the section is below level 30 Wilderness. 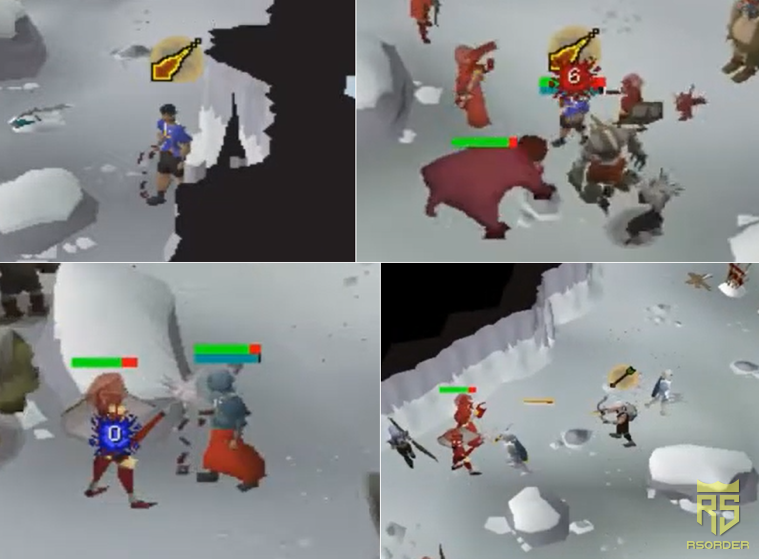 RSorder will launch more promotions in 2021, therefore it is wise that you ought to look closely at our website and get the cheapest and free OSRS gold, RS 3 gold, and also more low-priced goods.